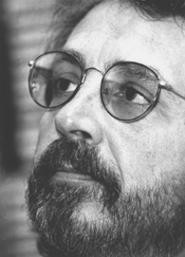 It's a humid day in mid-June, and a serious thunderstorm is rumbling through Lorain and Medina counties. It's on target to rip into Cleveland, and as the afternoon DJ on WNCX-FM/98.5, Michael Stanley has a responsibility to warn listeners. He immediately attends to the task after receiving the news of the impending storm.

That Stanley's career would come to this -- giving weather updates and spinning classic rock -- is suggestive of the path he's taken since his glory days in the mid-'70s and '80s, a period in which he was filling arenas and stadiums throughout the region. His hair and beard speckled with hints of gray, Stanley, 52, who has just released Eighteen Down, his 18th album and first studio release in four years, isn't as stuck in the past as his day job might suggest. He actually listens to contemporary rock music and has professed his admiration for British folk rock troubadour Richard Thompson and country bad boy Steve Earle. But today he's playing songs by Kiss and Fleetwood Mac -- not the kind of stuff that's going to improve the dismal state of commercial radio in Cleveland.

Working at WNCX -- a station that, like most classic rock stations, doesn't include some of the most influential music of the '60s and '70s (say, the New York Dolls, the Stooges, Wire, Big Star, and Television) in its format and adheres to the misinformed notion that rock music came to a halt in the early '80s -- doesn't give Stanley much dignity or freedom. With few exceptions, the program director, not Stanley, picks the tunes he plays. But Stanley does the job with diligence, showing up Monday through Friday at 3 p.m. for four hours to man the claustrophobic booth located on the second floor of the Halle Building and take listeners back in time.

"I like the people I work with and the fact that the job is music-related, obviously," says Stanley while sitting behind the soundboard, as Fleetwood Mac's "The Chain" plays in the background. "It would be great if I could play Steve Earle and Richard Thompson, but that isn't going to happen in radio these days. It's a different ball game than it was back in the heyday. I think anybody who is in radio, no matter what format they're doing, will have songs they want to hear that they can't play on their station. I'm sure everybody who is on a soft rock station does not want to hear soft rock all day long, and even the people who work at a metal station would probably like to mellow out occasionally. I don't think it's especially healthy for musicians, but that's just the way it is."

It's surprising that Stanley, who has had run-ins with some of the labels for which he's recorded and criticized the music business in his 1977 song "Midwest Midnight," would come to its defense. After all, Stanley has championed his current label, the indie imprint Razor and Tie Records, for its down-to-earth approach. "It's nice to be able to call up and talk to the head of the record label," he says. "That's a nice thing, because when you're on Arista, you don't just call up and talk to Clive Davis."

Stanley, whose father was a radio disc jockey, was born and raised in Cleveland -- back then he was known as Michael Stanley Gee. He originally played bass with the folk group Silk and the pop band the Tree Stumps before releasing two solo albums, 1971's Michael Stanley and 1973's Friends and Legends, both of which featured a guest appearance by guitarist Joe Walsh, before forming the Michael Stanley Band as a trio with guitarist Jonah Koslen and bassist Daniel Pecchio in 1974. While MSB started out as an acoustic group, after adding drums and keyboards, it soon evolved into a hard rock outfit that drew comparisons to both Bob Seger and Bruce Springsteen. Stanley says he wasn't consciously imitating his peers, but admits that there's a similarity in styles.

"I would be lying if I said I wasn't a fan of both of those guys [Seger and Springsteen], because I like their stuff," he admits. "Plus, both those guys to me were consummate live acts, and that was important, too. For them, it wasn't just about making a record, it was about backing it up when you got onstage. So I don't have any problems with that. I think it's other people who have problems with it. It's much better than being compared to Christopher Cross. All three of us are not exactly the smoothest singers. We're kind of gruff, but maybe that's just from hanging around factories your whole life. There's a lot of similarities there -- same with Mellencamp and a lot of the guys who came out of this area. I used to see Seger for a buck on Saturday night in Sandusky."

By the late '70s and early '80s, Stanley was hugely popular in Northeast Ohio. He sold out four nights at Blossom in 1982, a record that still stands, and had two top 40 hits. In the fist-pumping anthem "My Town," a song written explicitly about Cleveland, he captured the resilient attitude that runs through the heartland. But despite having a large following in cities such as St. Louis, San Francisco, and New York, he couldn't knock his reputation as a regional -- not national -- sensation.

"You can't figure these things out. There was no rhyme or reason [to the regional success]. If I knew the answer, I'd own this record station and not be working for it," Stanley says. "Did we achieve what we set out to? No, probably not. None of us retired, and none of us has a villa in France, but we got to do what we wanted to do and make a living at it for almost 15 years. We made a lot of friends and sold a lot of records. We played Blossom every summer and the Coliseum every New Year's Eve, and there was this perception that, other than that, we were laying around the house, eating bonbons and sitting by the pool. We were gone from here almost 10 months of the year. We averaged about 150,000 miles a year for 12 years. What I have found is that more people know the tunes than know the band. If you sing them three or four of the songs, they know that. We didn't have much of an image; we were just kind of the boys next door."

The Michael Stanley Band broke up in 1987, but Stanley continues to play in Cleveland on a regular basis with a group of musical friends that includes some ex-MSB members and other local musicians. Despite the downturn in his popularity, he still carries himself with the attitude of a rock star. "I'm in the position where I can take whatever I do into a record label and have them listen to it," he says. "It doesn't mean they're going to like it or anything else, but I can get in the door."

It's hard to think that Eighteen Down would impress major label executives (who, these days, seem more enamored of teen pop stars, new metal bands, and hip-hop). Not helping matters is the fact that Eighteen Down doesn't depart from anything Stanley's done in the past -- it opens with the gritty "No Love Songs," a brutally honest song about a one-night stand that features a beefy guitar riff and soulful background vocals, but quickly settles for lighter fare. Stanley's cover of the Beatles' "Eleanor Rigby" is so soft, it could pass for new age, and rootsy ballads such as "Endgame," "Borderline," "Any Other Fool," and "I Can Get This by Myself" rely on schmaltzy refrains and tepid harmonies. When Stanley gets experimental, he uses drum loops ("I Rest My Case") and violins ("The Devil Came to Fremont St."), but never ventures far from his husky vocal delivery and by-the-numbers rock and roll.

"I think, if you were a fan of mine or a fan of MSB, this record is not going to scare you," he admits. "I don't sit down with any perceived notion about how an album should sound -- I just try to have a balance, so it's not all ballads, or weepies, as we like to call them."

And if Eighteen Down doesn't fit the format of any other station in town (or the country, for that matter), it will at least have a home at WNCX, where Stanley, who often plays old MSB tracks, has found a way to get two of its tracks -- "Factory Man" and the cover of "Eleanor Rigby" -- into the rotation.

"I don't think it's a conflict of interest," he says when asked about playing his own music. "Why would it be? It's just sometimes embarrassing to go, "That was the Stones and me.' We play more of the old MSB stuff than new stuff."

Stanley maintains that playing the same old songs -- whether or not they're his -- isn't as tedious as it might sound.

"I've got a good gig here [at WNCX]," he says. "It's funny, because a lot of times, you'll play a record you've heard eight million times and go, "I never noticed that. They're doing this, and that's good.' And then there's people I've missed that I didn't pay attention to back then and should have."

You've got to wonder if anyone outside of Northeast Ohio will look back on Michael Stanley and come to the same conclusion.