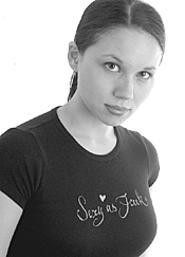 Janel Roland isn't just a DJ who studied classical voice, piano, and clarinet in college; she's a doe-eyed chanteuse who can mix her velvety mezzo-soprano with deep-house music. "What's deep to me may not be to another person," explains Roland, 26. "I believe that my style of house is deep, because it has an introspective and soulful feel.

"But it seems like house music isn't as in the mainstream in Cleveland as it is in Chicago, [where] you can turn on the radio and find a DJ spinning."

Roland wants to change that. With standing bookings at the Windy City's chic Smartbar and Red No. 5 (along with gigs in Europe and Australia on her itinerary later this year), the St. Louis native saves the last Thursday of every month for a double shift in Cleveland. She starts at Fusion for a two-hour spin session of house and chill tracks, and ends the night behind the turntables at Karma.

"At Fusion, there seems to be a more relaxed and older set of people that are just enjoying good food and cocktails to good music," says Roland, who's been DJing since 1999. "When I go to Karma, I play my more bumpin' dance-floor cuts. At Karma, there are more party people that are out to have a good time in a large club with a good sound system."

And an even better catalog of CDs. Roland's jazzy Shades of Emotions and Seoul Sista (a reference to her Korean ancestry) keep a metronomic beat with the occasional freestyle vocal drop. As she canvasses the dance floor, Roland's on a quest. "I've played at some great parties in Cleveland and enjoyed the intimate vibe," she says. "And when I perform, I would like the audience to experience house music on a spiritual level that will make them dance like there is no tomorrow."