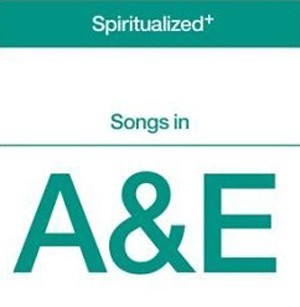 It took a stop in Cincinnati and a brush with death (unrelated incidents in this case) to bring Jason Pierce's latest Spiritualized project into focus. Pierce wrote much of Songs in A&E years ago, strumming the melodies on a vintage 1929 Gibson he picked up at a Cincinnati music shop. A serious bout with double pneumonia derailed the record, and when Pierce finally got around to the material again, he had far loftier goals in mind. Songs in A&E contains his usual dose of drugs, religion, and mortality. But the shoegazing drones of the British band's early albums are long gone, and like 2001's Let It Come Down, a small army of choral and orchestral accessories add heft to Pierce's psychedelic gospel blues. In slow-builders like "Sweet Talk" and "Baby I'm Just a Fool," they work wonders. But like much of Pierce's output, there's some unevenness (the abrasive "Yeah Yeah") and lyrical shortcomings (three songs have the word "fire" in the title). Nonetheless, it's a welcome return.