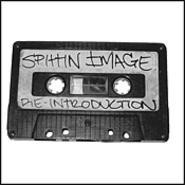 Original hip-hop mixtapes are usually a hustle, a half-assed excuse to throw together an unpolished album. But if the excellent Re-Introduction mix is the sound of Spittin Image just getting warmed up, its next disc could put it in the underground vanguard.

Now a trio, Spittin Image has been joined by co-producer M. Tilla (Blitz), who mans the boards along with SI's Fiddy, using the collaborative title Kickdrums. Between original-beat club jams, the producers dig through stacks of records nobody else is using, sifting through the past to find vintage soul, bursts of horns, and lush female vocals. The group's MCs continue developing their voices: Verbal has a low, slow flow, Fiddy can actually sing a hook, and Krossword isn't just clever -- he's funny. Last time out, the Spittin Image crew bragged about having a cup fulla nasty. Now they're bringing it by the case.