New film Pretend never settles for one point of view. 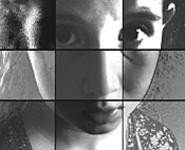 It's easy to overlook the story in Pretend, filmmaker Julie Talen's debut feature about two young sisters who scheme to keep their father from walking out on their family. With split screens, quick editing, and multiple perspectives filling its 75 minutes, Pretend is a stylistic triumph.

But there's compassion at the center of it -- a human tale of adolescent determination and its tragic consequences. "I used to watch my nieces play so intensely when they were little," Talen explains. "They'd inhabit this imaginary world that was so real to them. I got interested in a story that was at the boundary of children's imaginations." (Talen and the film's 13-year-old star, Oberlin resident Nora Stewart, will appear at Friday's screening at the Cleveland Museum of Art.)

But make no mistake: Pretend's artsy tricks are more than just gimmicks; they're essential storytelling devices. At one point, more than a dozen different images vie for space onscreen. And the movie culminates in a what-if? scenario that leaves the viewer with more than a single interpretation. "This is a narrative experiment," acknowledges Talen, who also wrote and edited the digital movie. "It's an untapped way of telling a story. I want my audience to examine a world where this isn't just one way of seeing things."

"Most of it I could comprehend," admits Stewart, who was 10 years old when filming commenced in upstate New York. "But sometimes I had no idea what it would turn into."

Still, it was a relatively easy shoot, claim the director and actress (who was so enamored of the process that she plans to skip the whole acting thing and go straight to directing). "It was very carefully planned," Talen says. "I knew how I wanted every scene to go together. So, I planned where the camera was going to be, based on how I was going to cut it.