Spiritualized ditches its orchestral leanings for an Amazing, off-the-cuff record. 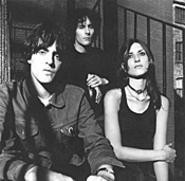 Spiritualized fans who are only familiar with the band's studio recordings might be surprised when the lights go down at the group's upcoming show at the Agora. Not that the band sounds any less powerful onstage than it does on its roaring studio work -- in fact, the opposite is true. The surprise comes when Spiritualized main man Jason Pierce slinks out and takes his spot onstage -- on a stool. So is there some sort of motivation behind Pierce sitting down?

"Actually, there's a lack of motivation behind that," quips the laconic, soft-spoken Pierce. "Really, I just play better that way. I figured Jerry Lee Lewis sat down, and Nina Simone sat down, so I'm in good company. And it doesn't affect the show any. It ain't like it's this kind of laid-back thing. We deliver more energy from the seated position than most bands do if they're fucking levitating."

Those who have seen Spiritualized live can testify as much. Onstage, the band is an entirely unique experience: a roaring seven-piece, operating as a singularly fierce unit while still maintaining a distinct sense of space. There's an almost telepathic rapport among the musicians, as they follow the ebb and flow of Pierce's tunes through swells of volume and eerily quiet angelic verses, heavenly choruses, spaced-out ambient epics, and Stooges-like grinders. There really is no other experience quite like a Spiritualized show.

Most critics have been quick to point to Spiritualized's latest album, Amazing Grace, as a rocked-out reaction to the excesses of its immediate predecessor, 2001's Let It Come Down, a heavily orchestrated affair that featured more than 100 different musicians ("I was more interested in what the French horn was doing than what the bass was doing," Pierce admits). But according to Pierce, the distinctly live feel of Amazing Grace, as well as the band's mind-blowing stage sound, derives from a rather unlikely source: free jazz.

In 2002, Pierce was invited to add his guitar to an album by British avant-electronic jazz outfit Spring Heel Jack, alongside such famed improvisers as Evan Parker, Matthew Shipp, and Han Bennink. The experience changed Pierce's entire outlook on making music and has driven the self-confessed perfectionist headlong into a whole new way of presenting his work.

"I certainly didn't go into recording Amazing Grace with a stripped-down approach," explains Pierce. "It wasn't a reaction to our last record, like 'We've done as much as we could in that direction, so let's do something more minimal.' What I wanted to do was make it as improvised as we could get in rock and roll." While this approach may be old hat to jazz musicians, for rockers like Pierce, the change represented a quantum leap in working methods, one that led to an album that crackles with an uncanny sense of immediacy and mystery.

"As soon as you mention jazz, most people dive for cover," Pierce continues. "What we're doing isn't stylistically jazz. But rock tends to be well rehearsed. You put your songs together, you rehearse them, and then you go in the studio and record them. The idea with Amazing Grace was to record the songs on the day that the band heard them. What you're hearing is the drummer playing to a bass line he's never heard in his life before, to words that they've never heard sung before, to a guitar line they've never heard before. You kind of hear this space there, because the possibilities are so endless."

As excited as Pierce sounds about his new outlook on creating music, his energy and enthusiasm shift dramatically upward when he talks about re-creating the feel of Amazing Grace live. "This band is absolutely free," says Pierce. "I don't tell people what the hell they should be doing with any part of their life, and that goes for the music as well. When people really understand that they're free to do whatever they want to do, that's when it really starts to take off. I think that's what we've hit now."

New initiates to the Spiritualized camp can look forward to a unique show, the spontaneous sound of Amazing Grace taken to its logical extreme. As for what kind of progression longtime fans can expect live, Pierce doesn't seem to know himself.

"I can't really say how it's going to have progressed for you, because that's all got to do with the circumstances of your life and what you've been going through and where you're at," he says. "I think that the greatest rock and roll is when people kind of get it wrong. And we kind of get it wrong. It's not rehearsed, it's not worked out, it's all about just putting a guitar around your neck and start hitting it and hear the other players' response to that, and the audience's response to that, and we go from there. There's no guidance. I'm not telling anyone what to do, but it just rolls in this way, and everything fits just right."