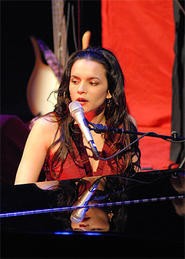 The Spudmonsters will play a one-off reunion Saturday, May 19 at Peabody's (2083 East 21st Street). The show will be the crossover veterans' first performance in nearly nine years.

"I never wanted to do a reunion, but it seemed like any time I went out, someone from the scene -- they would ask when we were doing one," says Don Foose, the group's second and final frontman.

Initially called Joe Gizmo and the Spudmonsters, the first lineup came together in 1987 and featured members of Breaker and Shadow of Fear. Active through 1998, the group recorded three albums, working with producers Rob "Wacko" Hunter of Raven and Tom Soares, who had produced the Cro-Mags. The video for 1994's "Garbage Day" regularly played on MTV's Headbangers Ball, and the group toured the world. Guitarist Scott Roberts played in Biohazard after the breakup. Eric Klinger plays rhythm guitar in Pro-Pain. Foose went on to form hardcore band Run Devil Run; he now has a funkier project called Sons of War.

The show will feature the lineup from 1997's The Moment of Truth: Foose, Roberts, Klinger, drummer Eric Matthews, and bassist Steve Swanson. Other former members -- including Joe Gizmo, Joe Kilcoyne, and Rick Khiel -- will play a short opening set of early material.

"People are coming from all over the world to see this show," says Foose, who joined in 1989. "It's going to be high energy. We appreciate that people haven't forgotten us."

· Ringworm will open for the Spudmonsters, warming up the hometown crowd for its upcoming LP on Victory. Slated for release on August 22, The Ninth Circle: The Venomous Grand Design was recorded with Ben Schigel (Chimaira, Walls of Jericho) at Spider Studios. The disc is the group's fourth in a 17-year career, arriving after 2005's Justice Replaced by Revenge, which cemented the band's status in international hardcore and metal circles.

"The new album shreds, period," says frontman James "The Human Furnace" Bulloch. "It's pissed, for sure. Fast, ripping guitars. A lot more thrash-metal influence on this one. Imagine Voivod, Exodus, Kreator, Nuclear Assault, DRI, Sodom, Suicidal Tendencies, and Slayer all puking in same toilet, or something like that."

· Producer-musician Cordell "Max" Fields was killed in a fire at the Long Painting Company building early April 27th. The blaze destroyed his studio, which doubled as a practice space for local bands. The multitalented Fields was close to finishing a long-brewing disc with Shuvvv Rock, a country-rock project; it may be released in some form. Fields, 40, moved to Cleveland from West Virginia when he was 19. He was a security guard and driver for Scene. "Music was his thing," says his mother, Sandra Niven. "He was always helping people."

· Visit clevescene.com/blogs for more news, including the live debut of a new band featuring members of Dead Even, At Wits End, and Years of Fire.