Thursday, February 7, at the Beachland Ballroom. 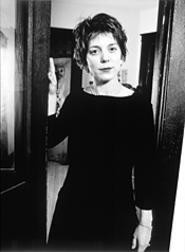 Stacey Earle and Mark Stuart met in Nashville in 1991 at a workshop for struggling songwriters. Why should Earle have struggled to break in as a songsmith, you ask? Isn't she Steve Earle's little sister? Sure, but in 1991, Steve's career was in a shambles. His personal life was a morass of heroin abuse that would soon leave him broke, then imprisoned, then wrestling with rehabilitation. Granted, Steve did launch Stacey's interest in a music career by inviting her to sing harmony on his 1990 album The Hard Way, but as big breaks go, it hardly ranks with Lou Gehrig getting to play first for the Yankees because Wally Pipp had a headache.

Probably the best thing Steve did for Stacey was get clean and record some of the best music of the late '90s, so that by '98, when Sis released her debut album, Simple Gearle, the Earle name meant something again. This has allowed Stacey to capitalize on her down-home, unpolished voice, which is frequently compared to that of Iris DeMent and Nanci Griffith, and songs that address life and love with a frankness that belies her sweet twang. Stuart, now her husband, is a prolific singer-songwriter in his own right.