Back from reality, comic resumes life on the road. 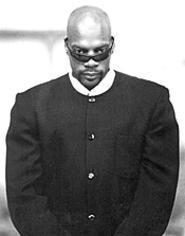 "Welcome to the black portion of the show," says comedian Alonzo Bodden at the start of his stand-up act. "Yes, I am in fact black. I am not African American. I don't make that kind of money yet." Not yet. But as runner-up on NBC's Last Comic Standing 2, Bodden's stock certainly has risen over the past couple months.

"There's a big difference between doing 5 minutes on TV and 45 minutes in a club," he says. The pressure to perform is that much more intense. "You learn to work fast [on television]."

Bodden was one of 10 comedians (whittled down from a playing field of 40) chosen for the second season of the hit reality television program, which places contestants, Big Brother-style, in a house and eliminates them weekly through a series of challenges, like performing at a laundromat.

"That's the thing with the show: It burns material," says Bodden. "You have to write new stuff. You have to be ready to go with something new. Initially, it's daunting, but then it becomes fun. It's a great challenge." (Bodden and two of his Last Comic castmates, Gary Gulman and Jay London, are part of the I'm Still Standing Tour, which comes to town Wednesday.)

The L.A.-based Bodden spent nine years as a jet mechanic. While training other guys in aircraft repair, he realized that he was more inspired by their laughs than by the planes' flaps and slats. He enrolled in a comedy class and hit the clubs soon afterward. "My stuff is [usually] a little edgier, but I went middle of the road" on the show, he admits.

Last Comic Standing has made life a little bit easier, Bodden says. The gigs come more readily and frequently, and the series' sink-or-swim format has made him a sharper and faster comic. "You have to judge [the material] yourself," he says. "I'm cynically good-natured. I'm just an angry suburban Negro."