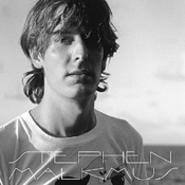 The end was fitting for a band as fucked-up as Pavement. No announcement. No prolonged weeping. No four-hour farewell concert. Just fractured tales of the band's imminent demise and half-assed denials from the relevant players. When word of the breakup was official, it was tentatively squeezed out, like a fart in church, months after the band wound up its last tour. By that point, it really didn't seem to matter much. But it did. It does. Pavement made some of the '90s' most dynamic records, art-noise with emotion, starting at the top of the decade with Slanted & Enchanted and closing it with Terror Twilight. And with a bunch of brilliance in between.

On his self-titled debut solo disc, Stephen Malkmus, Pavement's head honcho, still does that Pavement thing: fractured music, fractured words, and a fractured sense of purpose. And he twists his voice, at once deadpan and rock and roll urgent, into hysterical and hazy shapes. Soaring falsettos and too-lazy-to-care-about-technique recitals share time and space, often in the same song. "Jennifer and the Ess-Dog," a highlight, even finds Malkmus letting loose a genuine guttural scream, studio-tweaked for effect. The songs on Stephen Malkmus fall together better than they did on any Pavement record (maybe because Malkmus is actually writing more linear material these days), though he still loads them with lines like "At age 19, I was kidnapped by Turkish pirates . . . /After some torture, they considered me their mascot." Still, even that cut, "The Hook," tells something like a story. The oblique Pavement rarely tried anything like that. Yet the album tends to sound like Pavement; from its mythical connotations to its random noise bursts, it's postmodern art-rock at its slyest.