Wednesday, May 7, at the Ohio Theatre. 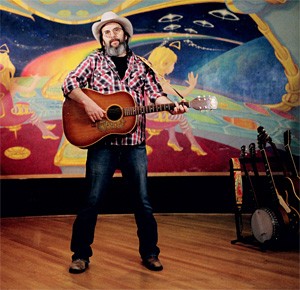 Over the past two decades, singer-songwriter Steve Earle has been a country-music outlaw, a junkie, a convict, an alt-country troubadour, and an activist. He's now turning into a cranky old man who writes songs about Condoleezza Rice and the FCC. Last year's Washington Square Serenade softened the political blows a bit, focusing instead on backwoods blues and rustic Americana — music that fueled Earle's great '90s albums like I Feel Alright and El Corazón. Earle's wife, singer Allison Moorer (who's, like, the 57th woman he's been married to), joins him on tour and onstage for some songs.