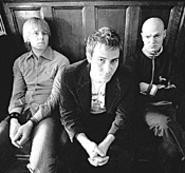 Last month's Top 10 debut of Lifehouse's self-titled third album astonished nearly everyone, including the band's frontman, Jason Wade. After the commercial letdown of 2002's Stanley Climbfall, most industry prognosticators didn't foresee such a strong showing. After all, this was a band pretty much labeled a one-hit wonder after 2001's ubiquitous "Hanging by a Moment" (which was that year's most-played song). "That song was such a freak thing," says Wade. "I didn't know how to write it in the first place. There's no way I could ever duplicate that."

Wade was in his teens when he wrote most of the songs on Lifehouse's debut, No Name Face. "I was a shy, insecure kid when I wrote the first album," says Wade. "I hit a nerve with kids, because I was one of them."

But he's reached a sort of crossroads. Now 24, Wade's outgrown the teen audience he initially courted. And while many of the old fans are still around, it hasn't been so easy picking up younger ones. "It's frustrating," he admits. "I want to connect, but I need to move on." Lifehouse performs at 7 p.m. Saturday at House of Blues, 308 Euclid Avenue. Tickets are $18; call 216-241-5555. -- Michael Gallucci

Live Dead
Get ready to do the Granola Shuffle all night long.

The JiMiller Band has plenty of jamming experience. All hopped up on the Grateful Dead, Jim Miller helped form Oroboros, a Cleveland-based jam band, whose sets always included a few Dead tunes. Miller's All Dead All Night concerts are fan favorites, and Friday's performance will be the band's last Dead-exclusive set until November. "We ate, breathed, and lived the Dead for many years," says Miller, who's been playing hippie tunes with one group or another for 30 years. "We learned musically through them what playing music professionally is." For Dead nights, two long sets average between 90 minutes and two hours each. "Sugar Magnolia" can last an eternity, and the band can turn even the subdued "Viola Lee Blues" into a trip down the rabbit hole. You know, just like Jerry and the boys used to do. It starts at 9 p.m. at the Grog Shop, 2785 Euclid Heights Boulevard in Cleveland Heights. Tickets are $8; call 216-241-5555. -- D.X. Ferris

Space Jam
Elmo, aliens, and disco. What's not to love?

Coming Up for Air

Swim took notice last year when its song "I Am for Real" made it into the hands of the top brass at Partnership for a Drug-Free America. The anti-narcotics group picked the Lakewood quartet's modern-pop anthem as the audio backdrop for a TV ad. The band has followed up the national attention with a debut EP, Contagious. Swim performs at 8 p.m. Friday at the Hi-Fi Club, 11729 Detroit Avenue in Lakewood. Admission is $7; call 216-521-8878. -- Cris Glaser