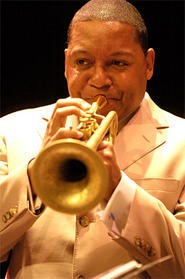 As it approaches a quarter-century of molten heavy metal, Auburn Records is having its busiest year since Metallica had long hair. The label has two new bands on its roster, while its classics will release a series of new albums and reissues in the upcoming months.

"The thing I have missed most about doing the label since reactivating it in 1998 is working with and developing new and relatively unknown bands," says Bill Peters, Auburn's one-man business department. Peters launched the label in 1982, shortly after he began hosting 91.1-FM WJCU's weekly Metal on Metal showcase. "The projects I have been working on so far have all been connected to my '80s past," he adds. "I absolutely love working with those bands from my past, but I also want to try and help discover new talent."

Auburn's latest release is The Coming of the Tempest by Eternal Legacy, a group of Cleveland technical-metal revivalists who were barely born when big hair ruled the rock clubs. The label's next release is Wretch's Make This Garden Burn, which will include new material, demos, and old session outtakes and live tracks. The title track is the theme song for Germany's Headbangers' Open Air Festival, to be held July 12-14. The label has a devoted following throughout Europe, and both groups will play the fest. They'll warm up at the Beachland Ballroom (15711 Waterloo Road) Sunday, July 1.

A double-disc retrospective from Black Death is slated for August release, to be followed by Destructor's all-new Forever in Leather. Reissues from the Manimals and Chemikill are also in the works, and Peters has signed Lick the Blade, a local throwback to Judas Priest-style metal.

Peters says he'd like to sign more bands, hopefully giving them a chance to move to a larger label. "I have always operated the label more as a family than an actual business. I am still working with the same people I did when I first started the label. That's unheard-of in today's day and age, especially in the music industry."

· The next album from Colin Dussault's Blues Project has a long guest list of local notables and legends. Mr. Stress plays harmonica on "Help Me" and "I Can't Hold Out," and Dussault plays harp like he's about to burst a lung, in a triple-time version of Leonard Cohen's "Hallelujah." Other guests include Butch Armstrong, Frankie Starr, Austin "Walkin' Cane" Charanghat, and gospel choir the Prayer Warriors.

· Rikets is mixing its new album, All American Death Cult, with Ben Schigel (Chimaira, Ringworm). The nu-metal band recorded in Texas with producer Eric Delegard, whose previous credits include Unloco, a Texas emo-metal B-list band, whose Becoming i album might be the worst record ever made (Delegard didn't produced it).

· DJ Cable's Encoder has unofficially remixed an a cappella version of "Binary," a new track from industrial-dance machine Assemblage 23. Download it at www.industrialstrengthmusic.com.

· Akron rhymer K.C. has posted two new songs from his upcoming fourth album, Requisite, on his MySpace page. Check out the murky "Midwest Mayor" at www.myspace.com/da1kc.