And this is what we looked forward to last winter? 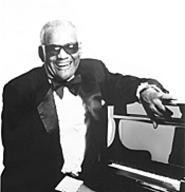 Summer is normally the highlight of the concert season, with top-drawing acts and package tours making the rounds to support big new releases. But this summer was a bust, right up there with Catwoman and the Indians' bullpen. Maybe the worst one ever. Read on, as we recount the ways these past few months have sucked like a second-degree sunburn . . .

Cancellations Galore
Though Lollapalooza's lineup looked good on paper (Sonic Youth, the Flaming Lips), it reportedly sold fewer than 500 tickets in one northeastern market. That's barely enough to keep Morrissey in Aqua Net, so the fest was scrapped across the country. Ditto for big-budget productions from Britney Spears and Christina Aguilera. Neither tour was likely to generate much stimulation above the waistline, but like special-effects-laden popcorn movies, both would have been welcome distractions. Even the mighty Motörhead had to cancel a gig at the Agora after frontman Lemmy Kilmister injured his foot, leaving him limping like area concert promoters after so many scrapped gigs.

The Big Shows Bombed
The big tours that didn't get canceled probably should have been. Remember how:

· an uninspiring Van Halen reunion with hefty horndog Sammy Hagar was just plain gross, like seeing your dad with a boner?

· the only thing the Cure's comeback remedied was insomnia?

· Korn was reduced to covering Cameo on its pairing with Linkin Park?

· a fine Ozzfest lineup was nearly drowned out by rain? By the time the main stage opened, the crowd was soaked and sullen, leading Superjoint Ritual frontman Phil Anselmo to declare that Cleveland had been "the worst audience of the tour."

Studio-A-Rama Underwhelmed
The annual show on the grounds of Case Western Reserve University boasted a lineup that was OK, with promising locals like the New Lou Reeds, but it was devoid of any bands that you couldn't see at the Beachland for a couple of bucks any given week. Compared to past shows, which have featured the likes of the New Bomb Turks, Guided by Voices, and Naked Raygun, it was as underwhelming as our vocabulary. The staff at WRUW radio who put on the fest aren't to blame -- they bust their humps to host a daylong show with no compensation. But foot-dragging among the Western Reserve staff limited the amount of time Studio-A's organizers had to book the fest, and the bill reflected as much. Normally one of the highlights of the summer, it was hardly worth the (free) price of admission this year.

Rick James Died
To be honest, we couldn't care less that Rick James died. Yeah, the guy's music was as funky as a pair of soiled Fruit of the Looms, but that hardly offsets the fact that he was a crack-smoking rapist and largely responsible for MC Hammer's career -- a crime against anyone with a functioning cochlea. What made us mourn James's passing, though, was the way everyone was bellowing, "I'm Rick James, bitch!" ad nauseam for weeks on end afterwards, reprising a Dave Chapelle bit. Memo to all: Old people slipping and falling on the ice come December is funny. Guys getting hit in the nuts with stuff is funny. Halfwits aping a parody of a Jeri Curled pop star is not.

Ray Charles Died Too
In contrast to James's passing, we were actually saddened by the death of Ray Charles -- but even more so by his wretched final LP, Genius Loves Company. Full of listless dullards like Norah Jones and Diana Krall, this duets album is the kind of innocuous pap they pipe into the waiting room at dentists' offices. And we'd actually prefer a root canal to hearing a once bawdy and badass soul legend go out as an easy-listening lightweight, trading lines with R&B's death knell -- otherwise known as Natalie Cole.