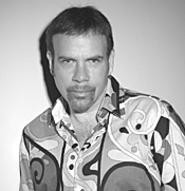 Jason Stuart doesn't date much, and he can't understand why. At 5 foot 11 and a fit 185 pounds, he thinks he's a pretty good catch for a gay dude. "I just went on a date two weeks ago with this guy who said, 'Oh, I think I'm going to get a tattoo on my chest of a knife going through my heart with the blood spurting out,'" says the "38-ish" Stuart. "I said, 'I gotta go.' It's just awful."

To pop some Prozac into his yawn of a love life, Stuart's embarked on the Looking for Mr. Right Comedy Tour, which brings the Bronx-born, SoCal-raised funnyman to Cleveland this weekend to bust on his family, dating, and in this election year, gay marriage. "C'mon, straight people, it's the year 2004," says Stuart, who has recurring roles as a gay shrink on My Wife & Kids and a bitchy club manager on Will & Grace. "If you let us marry each other, we'll stop marrying you!"

The sales pitch is directed straight at the Bush administration, especially Vice President Cheney and his lesbian daughter. "But people don't see it that way," Stuart laments. "I think, once it goes to the Supreme Court, I don't see how they could deny us this. I hope those people take their jobs seriously, because it's unconstitutional, and I can't believe we're wasting our time and money."

His close pal Drew Carey can't say it any better. The two comedians met more than a decade ago, when the Cleveland-born Carey was an unknown in L.A. and both were yukking it up at the Catch a Rising Star comedy club. "He would hang out at the club, and I thought, 'God, who is this dorky guy with the glasses?'" says Stuart, who later had a guest spot on Carey's sitcom. "For the first three years of his show, I called him every day. Do you think that was too much?"

But nothing's ever enough for Stuart. When he's not on tour, he's pounding the pavement for new acting gigs, preferably ones that feature gay characters. He gets frustrated when he hears that an estimated 85 percent of those roles go to hetero actors. "If it was easy, I wouldn't mind if [Hollywood producers] would let me play straight parts whenever I wanted to, but they don't," bemoans Stuart. "It's not that open to me."

Once in a while, he's lucky. He recently wrapped up production on the movie Ghosts Never Sleep, starring "the incredibly professional" Faye Dunaway. "The only thing is, she kept pulling this Oscar out of her purse and saying, 'I won this.'" He's also a panelist on VH1's talk show Love Lounge ("It's like Politically Incorrect, only on love, sex, and dating") and stars in 10 Attitudes (opening in November) with gal-pal Judy Tenuta.

"I'm working around the clock," he says. "But my life is jam-packed and fun-filled."