Every entry is a home sweet home at the Gingerbread Extravaganza. 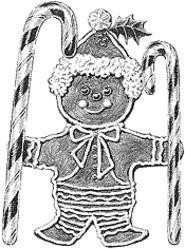 Pat Murphy has found the sweet taste of success -- in a batter of flour, sugar, and dark molasses.

After she was hired as executive director of the Oberlin Historical and Improvement Organization in 1993, she created an annual tradition in which local residents are invited to design and build gingerbread and graham-cracker houses as a way to kick off the holidays.

Last year, more than 1,000 visitors stopped by the 99-year-old organization's offices at the Jewett House, a 118-year-old historic mansion, for Gingerbread Extravaganza, a featured display of 75 houses. But it's no mere showcase: Designers battle for top creative honors. "We give [judges] a clipboard with a ballot," Murphy explains. "You're just not allowed to eat [the entries]."

The competition usually attracts homemakers, families, and even teams of home economics students from local high schools. Designs have ranged from a two-inch-high doghouse and scaled-to-size carousels that spin on lazy Susans to a Chinese temple so mammoth that Murphy feared it might not fit through the front doors.

"I know of families who get together the day after Thanksgiving to design a house," she says. "But it's not something you can do in a half-hour."

No kidding. Making gingerbread -- and the icing that holds the pieces together -- takes about six hours, according to folks at gingerbreadlane.com. It's an arduous process of mixing, melting, rolling, baking, and assembling. "It sounds like it could be expensive to make, but it doesn't have to be," Murphy says. "Instead of using candy for decorations, some people use pretzels and crackers."

The event nets only $300 from the sale of the houses, and so, as Murphy says, it's fortunate that the agency isn't in it just for the cash alone. "We [like to] show off the creative talents of the people who make this event happen," she says. "We want them to leave here with a great big smile."