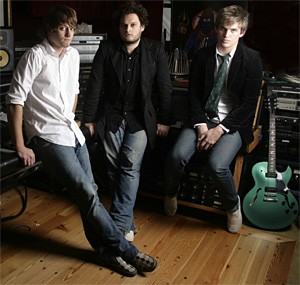 Tab the Band's sibling frontmen, Tony and Adrian Perry, are the sons of Aerosmith guitarist Joe Perry. Little surprise that Tab's debut album, Pulling Out Just Enough to Win, sounds like Dad's group — but with a splash of snarling punk tossed in . . . or maybe Adrian just ain't much of a singer. The riffs go down easy, mostly because they're familiar-sounding Stonesy ones, the same sort Aerosmith has been recycling for 35 years now. The lyrics are a bit tougher to handle, since they too crib from a 1970s playbook, objectifying everything around them. Joe's joining his boys for a couple of their "March on Stage" gigs at Hard Rock Cafés across the country. Unfortunately, he won't be in Cleveland. But he's gotta cut the cord sometime.