With Every Time I Die, From First to Last, the Bled, August Burns Red, and the Human Abstract. Tuesday, March 18, at House of Blues. 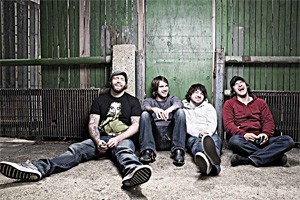 The Take Action Tour features a weird blend of loud mall-punk and grassroots charity. The bands on this year's bill range from the tattooed and metallic (Every Time I Die) to the recently major-label-signed and suddenly much-less-artsy-than-on-their-two-indie-albums (From First to Last). Also on tap are post-hardcore band the Bled, Christian metalcore kids August Burns Red (which part of the Bible does that unwieldy phrase come from?), and prog-metalcore band the Human Abstract. So, Warped Junior, right? Except the Warped Tour doesn't award grants to under-25s across the country engaged in projects like setting up free health clinics for poor folks in East Harlem. Nine kids were each given $500 to help launch their good deeds. So get down in the pit with your buddies, and rock out — and maybe between stage dives, you can think about the positive social changes you're supporting. Righteous.