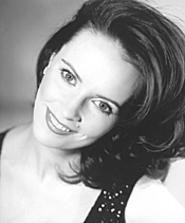 Express has always tackled many different styles of music -- country, rock and roll, blues, and pop -- but this week's State Theatre production gives it a new-millennium makeover. "We've updated the lyrics and have a whole new rap," says associate choreographer Louann Madorma. Pyrotechnics, lasers, and other special effects help transport the story, about a boy's toy trains that come to life in his dreams. New three-dimensional clips bring the locomotive action straight into the audience. A stunt skater from the extreme-sports circuit has also been added.

Best That They Can Do

The four singers on the Colors of Christmas tour haven't gotten much airplay since Reagan left office, but Peabo Bryson, Irene Cara, Christopher Cross, and Sheena Easton (pictured) sure can sing the hell out of holiday favorites. A full orchestra and local choir back the quartet, which takes turns performing solo sets and joining each other onstage for "Joy to the World" and the like. A few nonseasonal hits will also be added to the festivities (don't count on Easton dragging out "Sugar Walls," her ode to female genitalia). Colors of Christmas happens at 7:30 p.m. Thursday at E.J. Thomas Hall (198 Hill Street in Akron). Tickets range from $25 to $40, available by calling 330-972-7570. -- Michael Gallucci

Lucia Colombi's happy to admit she's a sentimental fool. That's why she's tapped the sap for Ensemble Theatre's productions of O. Henry's The Gift of the Magi and her own Celebrate Kwanzaa. The former is the oft-related tale about a down-and-out couple celebrating their first Christmas together. "By today's standards, it is a sappy story," Colombi says. The sticky stuff flows on in Kwanzaa, which features local newsman Leon Bibb rattling off African-American holiday traditions. Both casts return onstage at the end to lead the audience in song. "If you can't sing, we'll forgive you," Colombi says. "It's Christmas." The show starts at 8 p.m. Friday and Saturday and 3:30 p.m. Sunday through December 28 at the Cleveland Play House, 8500 Euclid Avenue. Tickets are $5 to $20; call 216-321-2930. -- Cris Glaser