H. Peter Burg knew that it was better to steal big. 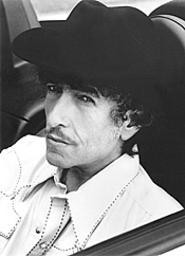 As the celebrated criminologist Robert Zimmerman once remarked, steal a little, they'll throw you in jail; steal a lot, they'll make you a king. Or something like that.

His thesis proved correct last week with the fall of two executives. Thomas Gaylord, vice president of the University of Akron, was accused by the state inspector general of mismanagement, improper conduct, theft, and falsification -- otherwise known in the people's lexicon as "That scumbag was ripping us off."

On the same day, FirstEnergy CEO H. Peter Burg died of cancer. For him, there was no talk of theft. No headlines employing the word "graft." Instead, Burg was lionized as a great and giving man -- charitable, worthy of emulation, Saint Francis in a Brooks Brothers suit.

No two people better illustrate Zimmerman's hypothesis. Gaylord, the man who stole a little, will soon be wearing his Sunday best in a courtroom near you. Burg, meanwhile, is likely to have his name affixed to the wing of a hospital. That, boys and girls, is the beauty of stealing a lot.

Despite his title, Gaylord was not a big man. He was officially known as the "vice president of information technology," a swollen term for "head computer geek." Surely such people can be useful, provided they've been introduced to regular bathing. But in the realm of a non-technological concern -- like, say, a university -- they are a necessary but unpleasant accessory, best locked in a toolshed till needed.

His were skills that didn't lend themselves to quality thieving. If you believe the inspector general's report, Gaylord was the educated version of a guy who steals pay phones, then spends two hours busting the lock for the big score of $13.75 in quarters.

He and other university employees are accused of taking $15,000 in "gifts" from vendors -- mostly free meals, which can't technically be considered "gifts," since they require dining with IBM and Cisco salesmen, the same sentence you get for misdemeanor assault.

Gaylord is also alleged to have billed personal travel to the university, filed false expense claims, and ordered workers to handle his personal matters. Perhaps the worst accusation: He made his assistant buy him lunch a few times a week. This from a guy who was pulling down $174,500 a year.

It all points to petty theft by a petty man, akin to the booster-club treasurer who skims the Little League fund, just because it's there. File it under "How could you be such a dumbass?" But The Plain Dealer headline billed it as so much more: "State links University of Akron VP to graft."

Contrast this with the treatment afforded Burg. The day he died, FirstEnergy's acting CEO, Anthony Alexander, called him "a man of integrity and ethics." Other big names weighed in with comparable gushing. "A fierce supporter of economic development" is what The PD said. He sat on the boards of Akron Tomorrow, Cleveland Tomorrow, the Akron Children's Hospital, and more. He was a big shaker, much in demand, beneficent to a fault.

Why, when he laid off workers, he even offered to personally speak to them. So great was he that he -- gasp! -- actually met with workers on the night shift. Such are the crushing standards by which CEOs are judged.

But he wasn't exactly a good businessman. One might even say he sucked. Scene reporter Thomas Francis took stock of Burg's company last summer ["Billions for a Blackout," August 27]: "It has massive debt. Its bonds are nearing junk status. Shareholders filed a class-action suit after the company restated its earnings. Its Davis-Besse nuclear plant has been idle for 18 months, due to maintenance neglect. It was recently fined by the U.S. EPA for trying to circumvent the Clean Air Act."

Then it was named responsible for the biggest blackout in U.S. history.

It's no crime to drive a company to ruin -- even if you do have a monopoly. Shit happens, eh? Besides, Burg's skills lay elsewhere. He had mastered the art of legal theft.

With deregulation coming, FirstEnergy negotiated a deal by which it could charge consumers for previous "investments." Though the state's own reports -- which it conveniently tried to destroy -- said the company was due $2.6 billion, the state generously rounded it up to $6.9 billion. After all, what's a few bil between friends? Especially the kind of friends who let the governor use their corporate plane, who don't get skimpy on the zeroes when writing campaign checks to attorneys general. As Burg keenly knew, Columbus officials are priced to move and make very obedient pets.

The deal allowed Northeast Ohioans to see electric bills that are double those downstate. The morons in Cincinnati -- they didn't know that a little plane ride here, a few thousand thrown there, and you could get a state pass to skim $4 billion off your customers. They didn't have H. Peter Burg.

Frank Gruttadauria got the slam for stealing millions. Thomas Gaylord may soon join him, and the mope couldn't even score himself some nice patio furniture. But Burg took 33 cents out of every dollar spent on electricity in Northeast Ohio, skimmed it right off the top, then sent it off to Pennsylvania and New Jersey, where he was trying to expand. Burmese warlords don't get that kind of cut.

Yet at the next Cleveland Tomorrow meeting, they won't talk about the crimes of H. Peter Burg. No, all the big names will mourn his passing. They will speak of his integrity, his charity, of the time he actually spoke to a commoner. Yuck!

And if scholar Zimmerman were there, they would acknowledge their gratitude. Yes, it is good to be king.