Talk About the Passion

Susan Orlean returns to Cleveland to lead a writers' discussion. 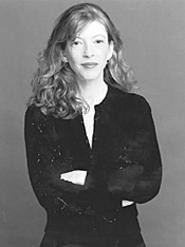 Most writers have to die, go mad, or both in order to become the focus of a Hollywood movie. Susan Orlean is alive, quite sane, and the catalyst for the dreamlike chain of events in Adaptation, Spike Jonze's 2002 mega-meta film about screenwriter Charlie Kaufman's futile attempts to turn Orlean's 1998 knotty bestseller The Orchid Thief into a movie.

Meryl Streep played Orlean in the film, Nicolas Cage played Kaufman, and Chris Cooper won an Oscar as the blossom bandit. "It's so surreal that the first time I saw it, I walked out of the theater, and if you would have asked me to tell you one thing I had just seen, I wouldn't have been able to," Orlean says. "I just couldn't register.

"But it's a great outcome, because it's a difficult [book] to develop. I love that they did it with such adventure and imagination."

Orlean, who grew up in Cleveland, returns Wednesday for a talk at Case Western Reserve about "Making It Matter: Writing With and About Passion." She knows. As a staff writer for The New Yorker, she's written about long-lost sister rockers the Shaggs, a taxidermist convention, and her own unrequited love for powerful bald men. As an author, she's penned The Bullfighter Checks Her Makeup: My Encounters With Ordinary People (which includes a piece about surfer girls that was the basis for the movie Blue Crush), Saturday Night (about her Saturday-night adventures over the course of a year), and The Orchid Thief (her best work, a portrait of a rare-flower poacher from Florida).

"I have always found it very interesting to write about people who are equally engaged in something, whether it is something small and apparently trivial or something very grand," she says. "It's a great way to write about anyone: to find the thing that really matters to them.

"The revelation for me in the process of [writing The Orchid Thief] was to come to understand that I have a passion for my work and the experience of trying to understand things, and [then] writing about them."

Inspiration can come from the most unlikely places. Passion, hopefully, follows. An October 2002 piece for The New Yorker, for example, detailed the goings-on at a French record store. The owner hates France, but loves world music. Orlean, also a fan of world music, found a connection within the shop. "Many of my stories do not come out of my personal interests," she says. "That one [did]. I'm usually more interested in writing about something I don't understand, when I don't understand why anyone would care about it.

"Writing is very integrated into [my] personality. I love finding out about something I find puzzling. In the last year or two, I've been thinking a lot about what I do, why I do it, and how I do it."