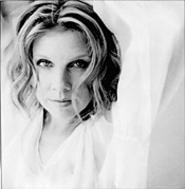 No one would have blamed Tanya Donelly if she'd chosen to paraphrase her career and cash in on her indie cred for her sophomore solo album, Beautysleep. In many ways, its predecessor, Lovesongs for Underdogs, did just that, as Donelly handily referenced her potent contributions to Throwing Muses, the Breeders, and the oft-praised Belly.

In the five years since Lovesongs, Donelly and husband/collaborator Dean Fisher have had time to reflect on their musical pasts and consider their collective future with the birth of their daughter. The result of all this pondering has been a shift away from the bristling indie rock of Donelly's past and a move toward a moodier and more evocative sonic texture, with songs that gently simmer, rather than blister and boil. On Beautysleep, Donelly's figurative and literal indie-pop lullaby, her entrance into motherhood is evident in ways that are both obvious ("Now I sit with my babe at my breast/I was never this good at my best," from "The Night You Saved My Life") and subtle (the jazzy Victoria Williams-touched opener "Life Is But a Dream" and the Joe Henry Delta blues/pop throb of "Moonbeam Monkey"), but her talent for gripping words and music has never been more focused or graceful.