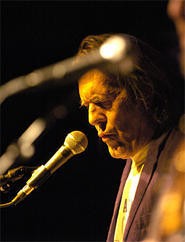 "The win feels incredible," says Martone, Telarc Records' executive vice president of production and senior producer. "Classical Producer of the Year is the biggest honor in our field. I am proud and humble in the company of others who have won this award."

Martone has worked for the locally based Telarc label since 1980. She's won two other Grammys, for classical and jazz production. She has also been nominated for several others.

Telarc has won 54 Grammys through the years, including awards for Heads Up International and MCG, two labels distributed by Telarc.

"We are so happy to be recognized for our company's excellence," says Martone. "No one has ever said, 'You can't do this because you are in Cleveland.'"

· Cats on Holiday are recording their fourth CD at Cleveland's Magnetic North studios. Guitarist Rick Christyson is co-producing with Chris Keffer (the Unknown, Michael Jantz). The disc's four covers will include swamp-pop adaptations of Hank Williams' "Hey Good Lookin'" and AC/DC's "You Shook Me All Night Long." Singer-guitarist Denis Devito says the band's original songs "are stories of down-and-out dreams, jumping on a freight train and trammels to Louisiana." The band is planning a spring release. Catch the Cats at Mardi Gras parties Wednesday, February 17, at the Beachland (15711 Waterloo Road) and Tuesday, February 20, at the Savannah Bar & Grille (30676 Detroit Road in Westlake).

· Visit Scene's C-Notes blog at www.clevescene.com/blogs for early concert announcements, exclusive photos from Slayer's Cleveland concert, a link to the new Chimaira video, and other free ways to kill time at work.