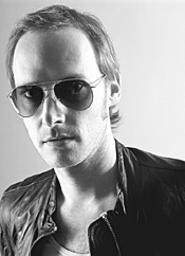 Michael Mayer shudders when he's called the godfather of German techno. "Godfathers usually get killed and replaced by younger ones," jokes Mayer. At 33, Mayer has no plans to disappear. When he's not running Kompakt Records, he's turntabling at his own dance club in Cologne. Plus, he finds time to dis American DJs. "It seems in the U.S. there's a lack of inspiration," he opines. "In Europe, it's not the case. We've never seen brighter days in creativity and output." Mayer credits his roots in '70s disco and '80s Europop for a repertoire that leaves audiences "whistling on the way home." "This whole mixing thing becomes such a sport," he says. "It doesn't help the music breathe. I let the tracks speak for themselves and let myself in back of the record and not in front." Mayer spins at 9 p.m. Monday, February 28, at B-Side Liquor Lounge, 2785 Euclid Heights Boulevard in Cleveland Heights. Admission is $10; call 216-932-1966. -- Cris Glaser

Drama Desk Award-winner The Exonerated makes its Cleveland premiere this week, and director Joel Hammer realizes that its story -- six real-life death-row survivors talk about being wrongly accused of a crime and then set free -- isn't going to convert skeptics. "People coming in know what they're going to see," he admits. "The big question is, Why are we telling this story? We're trying to concentrate on the reasons for these stories." And even though it's not really a difficult production to stage, says Hammer, the tales of murder, rape, and an imperfect justice system do make for grand theater. "It has a preachy quality about it," he admits. "But it also has a very human element." It's at Dobama Theatre (1846 Coventry Road in Cleveland Heights) Thursday through March 20. Show times are 7:30 p.m. Thursday, 8 p.m. Friday and Saturday, and 7:30 p.m. Sunday. Tickets are $17 and $20; call 216-932-3396. -- Michael Gallucci

Saxophonist Phil Woods headlines Lakeland Community College's 33rd-annual Jazz Festival this weekend, and unlike other local music fests, this one emphasizes the educational aspects of the music. Middle school jazz ensembles kick off the program Thursday evening, then there's a Collegiate Jazz Showcase Concert on Friday, and Woods hosts a free seminar Saturday afternoon before taking the stage with the Jazz Impact Reunion Band that night. Performances start at 7 p.m. Thursday and 8 p.m. Friday and Saturday at Lakeland Community College, 7700 Clocktower Drive in Kirtland. Tickets range from $4 to $22; call 440-525-7261 for a complete schedule. -- Michael Gallucci