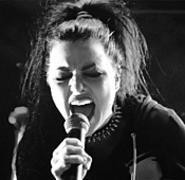 The Pirates Cove, a seminal local rock club in the late '70s and early '80s, is back, offering a new downtown harbor for underground sounds. After a two-decade hiatus, the new Cove sits between Peabody's and the Rascal House on East 21st Street, near the Cleveland State campus. The original Cove, located in the Flats building where the Heaven/Earth dance club sits today, was the place where local legends like Pere Ubu and the Dead Boys cut their teeth.

Though the new club has no direct ties to the former Pirates Cove, owner Joe Reid brought back the name because he wanted to carry on the rich tradition of underground rock for which the old Cove was known. "The idea with the Pirates Cove is to go with something that is a little bit more in touch with Cleveland's rock and roll scene," says Reid, who also manages Peabody's. "We used to have plenty of clubs in Cleveland that were dedicated to it, but now those are gone. There's a huge need for a little room that can actually handle smaller bands. I want to make sure that current underground bands are still coming through Cleveland."

Small and intimate, with red-brick walls, a three-foot elevated stage, a balcony, a patio, and two bars yet to be installed, the club is compact and cozy, and boasts a great sound. Last Thursday, it was already packed with sweaty young revelers for a performance by pop punkers Early November. The place has a capacity of 250, and when things get too cramped in front of the stage, concertgoers can retreat to the couches and bar, which is planned for the upstairs.

The Pirate's Cove will focus mainly on rock; early bookings include sounds as diverse as punk rockers the River City Rebels and glamsters Faster Pussycat, both scheduled for next month. The cover charge will be in the $5 range, and a grand-opening weekend celebration starts June 27. Eyepatches are optional.

· Chimaira has cracked the Billboard Top 200 with its latest album, The Impossibility of Reason. It debuted at No. 117 on last week's chart, moving more than 8,300 copies. The band also landed at No. 2 on Billboard's Heatseekers chart, which tracks up-and-coming artists who have yet to break into the top 100 of the main album chart. The Impossibility of Reason was produced by Strongsville's Ben Schigel, the subject of this week's cover story.

· In the grand tradition of Iron Maiden and Molly Hatchet, Parma ragers Amps II Eleven have added a third guitarist to their ranks: Skinny Lanzaretta, a member of the promising Cleveland punks Crash of '59, has joined an already explosive Amps lineup. Lanzaretta will also continue playing with Crash.

· Local music-promotions company Domain Cleveland Entertainment is hosting a benefit show for American soldiers and their loved ones. The Support Our Troops and Their Families Benefit takes place Saturday, May 31, at the Phantasy Theatre. Featured bands include the Cleveland punks Sidecar and Tilt 360.