The first week of January around these parts means it's time for Scene's annual comics issue, which is one of our favorite annual traditions.

The genesis of the idea came three years ago. Cleveland is the birthplace of Superman, after all, which is just the first and most recognizable entry into the city's role in shaping the comics culture of America. The parade of notable names continues from there — Harvey Pekar, Brian Michael Bendis of Marvel fame, Marc Andreyko of DC Comics, longtime altweekly contributor and Northeast Ohio legend Derf, to name just a few.

How do you help nurture that tradition? The least we could do, we thought, was showcase talent that was living and working in town, give them a paycheck, and let thousands of people enjoy their creations. We recruited John G., who you probably know from the Lake Erie Monster comic he creates with Jake Kelley, his Melt ads, and as the founder of Ghengis Con, which has already become one of the largest regional comic conventions in the Midwest in its short history. With his help, we tab a handful of artists each year to create original work for Scene. In years past, it's been a blank slate, resulting in a mix of personal and political, humorous and serious stories.

This year, we asked each artist for his/her take on a loose theme, a question really. Are there two Clevelands? More than two Clevelands? Problems exist right alongside development, economic fortune and cultural attention the Forest City hasn't seen in years. One might call them systemic. Any city has them, but Cleveland seems to display them in stark contrast recently.

Our roster did not disappoint with their responses to that question.

Please do enjoy the work of Erika Lavin, Kevin Czapiewski, Sarah Sobole, Ashley Ribblett, and John G. with an assist from Lawrence Daniel Caswell. Our sincere thanks to them.

To fully view each comic, simply click on each strip once to select and once more to enlarge.

By John G. and Lawrence Daniel Caswell [image 1 of 2]

By John G. and Lawrence Daniel Caswell [image 2 of 2] 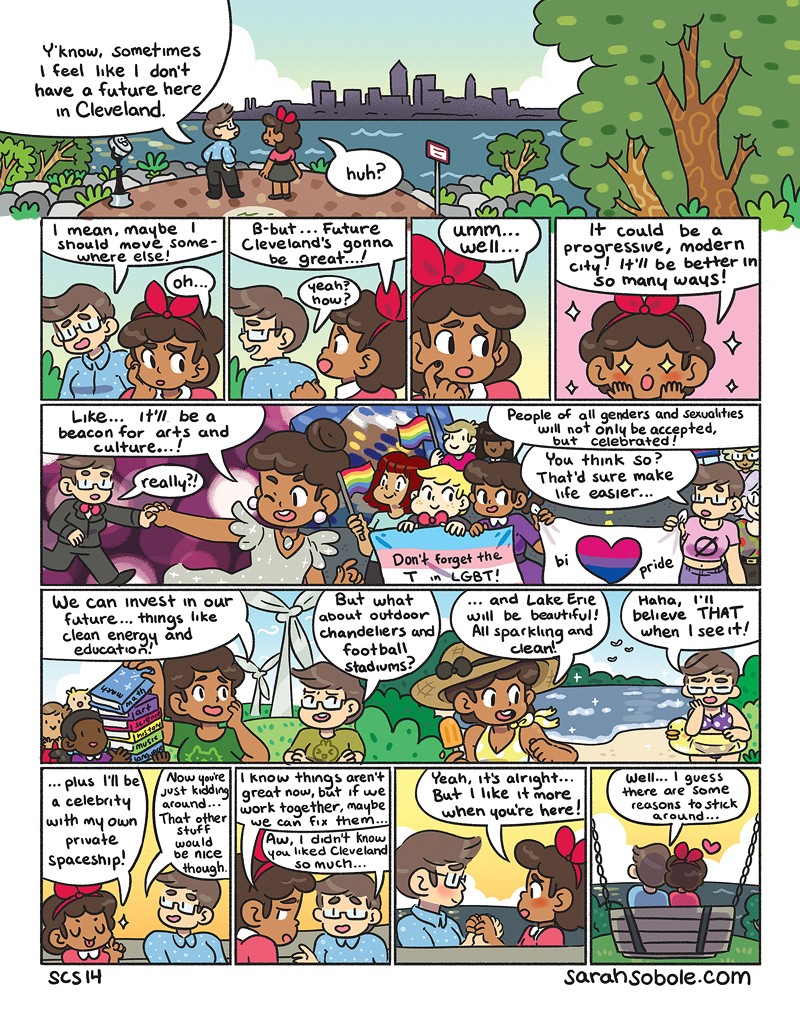 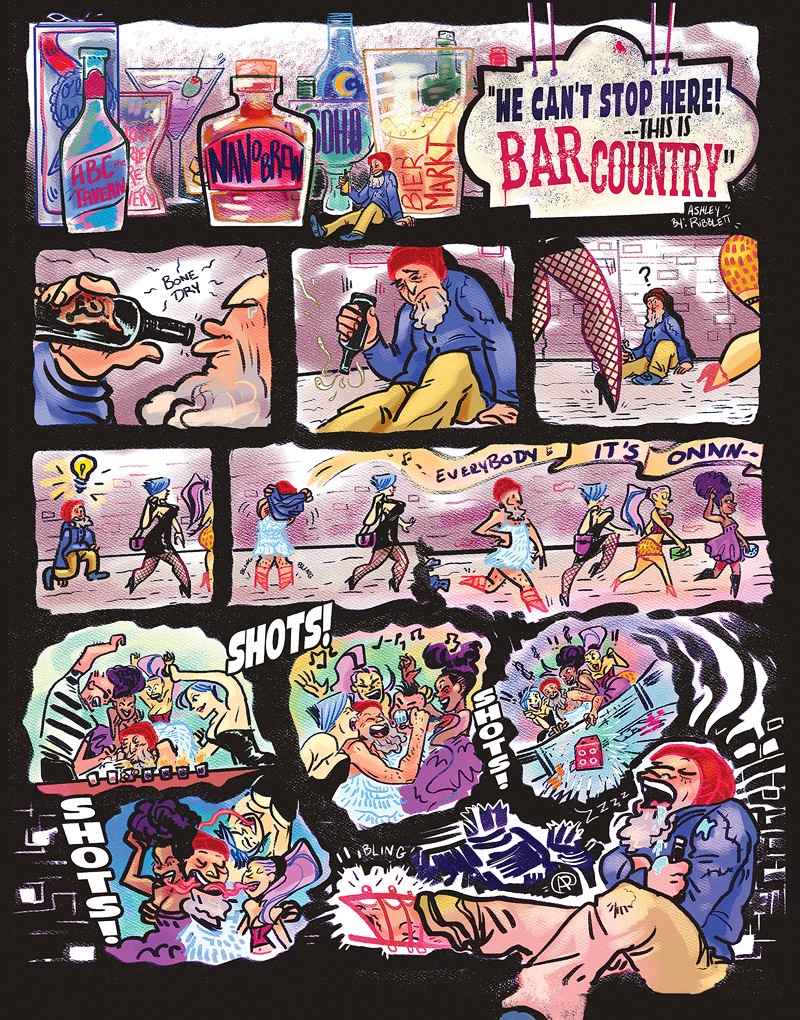