Mark Morant found more than half a million dollars on the street -- and has nothing to show for it. 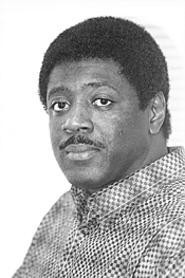 The Morant family home is simple: Centered in the rougher St. Clair neighborhood, it's green and white, with siding in need of a little care. On the front lawn, a touch-football dispute rages between kids, while music blares from the house next door.

Inside, it's warm, welcoming, even Cosby-like -- sans the expensive sweaters. The living room is accented with miscellaneous Africana in subtle earth tones, and framed wedding pictures of Mark and Stephanie are all around. Other photos are inlaid in wood; a few are of their three daughters, and there's a curious one of a young white woman in a plaid shirt. "Oh, that ain't a long-lost relative," says Stephanie Morant. "That was the picture that came with it. We just ain't never changed it."

The Morants have lived here for six years. They stayed even after February 2001, when Mark found a $640,000 bundle of cash that fell from an armored truck near the corner of East Ninth and Superior. At the time, he was working security at McDonald Investments -- in addition to his night job, guarding the Fairview Hospital emergency room.

Morant says he tried to wave the truck down when he saw the money fall. But as it pulled away, he snapped up the motherlode and put it into the trunk of his car. He wasn't sure what was in the packages, but he was certain that anything falling off an armored truck would fetch a reward.

Morant took the bundles home and put them in the basement, seals unbroken. Over the next two days, he claims, he tried to call the FBI but couldn't get through -- though he could easily have called Cleveland police. Yet he insists that he didn't spend those 48 hours dreaming of Kristal and MTV Cribs.

The FBI obviously didn't buy his story. When he finally got in touch with the agency, he was treated more like a criminal than a good Samaritan. Agents interrogated him for two hours, berating and accusing him of theft and conspiracy, he says. Then they sent him on his way -- without the $75,000 reward.

Morant wasn't going down that easy, however. He believed he was due something, and he hired George Forbes to set the feds straight. The former City Council president quickly launched a media campaign. Local reporters swarmed the Morant home; Mark ended up on national television and even in The National Enquirer.

Forbes's tactics worked. The feds, perhaps wary of the lawyer's bare-knuckle reputation and his willingness to play the race card, did a swift about-face. But the minute Morant was cleared to receive the $75,000, two other people came forward.

Valerie McCoy called the FBI with a description of Morant before a reward was announced, says her lawyer, Brian Kraig. Another tipster, who remains anonymous, supposedly did the same. "It was our contention that the detailed description that eventually hit the newspapers was provided by my client and the other guy," says Kraig.

McCoy ended up with $10,000 off the top of Morant's take, and AT Systems, which owned the armored car, kicked the anonymous tipster $15,000 for reasons undisclosed.

Peter Poulos, the attorney representing the ghost tipster, did not return phone calls for this story. AT Systems isn't talking either. "You can ask anyone at this company, and they won't tell you a damn thing," says Adrienne, who won't give her last name.

After all was said and done, Morant walked away with $43,334. He splurged on the kids, paid some bills, and sometimes ordered appetizers with his entrée. He took the wife on holiday . . . to Detroit. In other words, he lived a little. For a man used to living off $8.50 and $11.15 an hour from his two security jobs, he showed uncommon restraint.

But he also made the fatal decision to stop working. "I let those jobs go, because of all the constant story-telling I had to do," he says. "People would be like 'Man, you stupid' and be trying to get me to tell the story over and over, and it wore me down."

Besides, he had a better plan -- he would pursue stardom as a hardcore rap producer.

His label, Igloo Crew Records, put out records by the Scrilla Boys, the Mighty Igloo Crew, and the Smuggaluz, the last of which sold about 3,000 copies over the internet. But even with catchy tunes such as "Ugly Luv," "Stalkin' U," and "African Buti," the Smuggaluz couldn't break a radio single.

Two years ago, Mark Morant had more than half a million dollars in his basement. Today, "I would definitely describe myself as broke," he says. Stephanie, fresh off the clock as an administrative assistant, holds the only job in the house.

She kept a journal capturing her husband's misadventures and turned it into a book titled 48 Hours Rich; Mark now spends his days doing PR for it. But sales have been minimal. They say they've received a few calls from people interested in buying the movie rights, but no firm proposals. So they live from paycheck to paycheck. And they say they couldn't be happier. After all, this could have gone down another way.

"Even if I'd've kept the money, they would have traced the serial numbers -- and the next thing you know, I'm lookin' at my little girls through a plate of glass, and my wife is out here as a single parent. It wasn't worth it to me," says Mark.

It's a wise assessment. It's also one that tends to be tested when you're eating spaghetti for the third night in a row, or when you tell your daughter you can't afford a prom dress.

"Proms gonna come and go," Stephanie interjects. "But then, there you sit -- peeling off tens and twenties from this bundle, trying to buy groceries, hoping you don't get caught." The pressure and guilt that comes with a life on the run would have been too much.

She hopes the gravy train will come again, when she rewrites her book as a screenplay. But she says with a heavy sigh, "The software I need is too expensive." So for now, the Morants live with the wealth of a clear conscience -- and the empty pockets that go with it.

"I don't know that there is a moral to this story," says Kraig. "If I'm Mark Morant, I'm wondering if I should have turned in that money."

Forbes sees the incident through the eyes of a realist. Morant found $640,000 that wasn't his money, he says. Sure, he got a reward, but after legal fees and various cuts, there just wasn't that much left.

"The moral of the story," says Forbes, "is that, if you see half a million dollars fall in the street, don't pick it up."