Tuesday, April 29, at House of Blues. 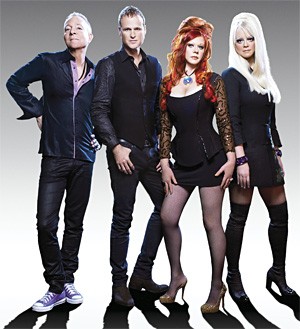 Funplex, the B-52's' first album in 16 years, pumps up the volume, cranks the guitars, and rocks harder than anything the veteran group has done since its 1979 debut. There's nothing here as sweet or as catchy as "Roam" or "Love Shack," both of which made these unlikely new-wave rejects global stars at the end of the '80s. But the playful bounce of the grooves and the heavenly harmonies of Kate Pierson and Cindy Wilson propel this party-starter, while nasal-voiced Fred Schneider injects lines like "Faster, pussycat! Thrill, thrill!" throughout. Expect plenty of old-school faves — such as the timeless "Rock Lobster" — onstage, where the B-52's always excel.