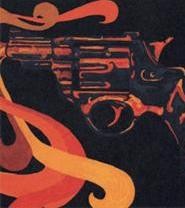 To hear Black Keys frontman-guitarist Dan Auerbach tell it, the acclaimed Akron blues-rock duo might not existbut for Junior Kimbrough. The Mississippi Delta bluesman played in relative obscurity before finding cult fame late in life, ending his days with dirty-blues label Fat Possum, now also home to the Keys. The new Chulahoma is a reverent tribute to the mesmeric singer-guitarist.

The EP is the Keys' most evocative release yet, a sweaty expansion of everything fans expect from Auerbach and drummer Patrick Carney, whose gritty, overmodulated blues deserve the term "grunge" more than the rock-punk hybrid did. In "Work Me" and "Nobody but You," the two add a new dimension to their sound, playing slow, sexy juke-joint blues, channeling the spirit of a man who fathered 36 (known) children. (And you thought Ol' Dirty had game.) How good is Chulahoma, really? On a final hidden track, Kimbrough's wife calls the band to praise the effort. Lucky you: You can just buy 'em a beer next time you see them out.