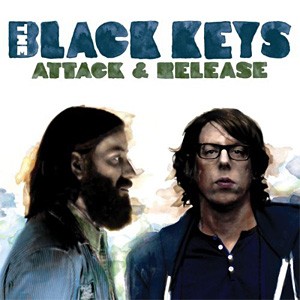 The biggest knock on the Keys' 2006 major-label debut, Magic Potion, was its failure to innovate. That can't be said about Attack & Release, which remains steadfast in its blues allegiance while expanding the Akron duo's territorial reach. Tastefully done, it's undoubtedly a Black Keys album, with a musky grime exposing the band's dark, dirty roots. But there's more, plenty more, courtesy of producer Danger Mouse, who adds organs, synths, and a variety of sounds that contribute to the record's muscularity and atmosphere. It's a subtle but omnipresent influence — ranging from the xylophone tinkles in "So He Won't Break" to a dusky contrabass clarinet in "Lies," both of which also include solos by free-jazz guitarist Mark Ribot. Like much of Magic Potion, there's a distinct move from blues to blues-based in many of Attack & Release's songs: "I Got Mine" approaches Led Zeppelin's proto-boogie, while "Strange Times" busts loose with a psych-hued, organ-heavy chorus. But it's not all steroid stomp. "Psychotic Girl" ambles over a bluegrass acoustic shuffle backed by eerie vocals and a screeching synth, and "Remember When (Side A)" drifts dreamily across a parched, twangy soundscape. Danger Mouse's electronic effects and the Keys' bluesy ethos achieve a wonderful synthesis — sorta like their very own Magical Mystery Tour.