The Boss Is Back

Bruce Springsteen reaches deep into his catalog for his reunion tour with the E Street Band. 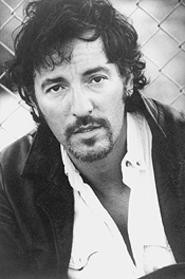 "My idea," said Bruce Springsteen in 1996, responding to a reporter's query about the songwriter's intent, "wasn't to get the next 10 songs and put out an album and get out on the road. I wrote with purpose in mind, so I edited very intensely the music I was writing. So when I felt there was a collection of songs that had a point of view, that was when I released a record . . . when I thought I had something that would be valuable to my fans, something enjoyable, something entertaining, something that wouldn't waste their time."

Most observers find the relationship between audience and performing artist to be pretty straightforward: The former get their kicks for a couple of hours, and the latter gets his, too, along with a nice paycheck. Springsteen, however, brings perplexing levels of complexity to that relationship that can't be explained in terms of a mere transaction. Sometimes this has been the result of circumstance, such as the 1975 convergence of Time and Newsweek covers that helped kick-start the musician's ascent to superstardom, and sometimes it's just been because he works harder than 99 percent of all the other performers out there (cue up memories of three-and-a-half-hour marathons during the'78 to'81 period), ensuring a fan-base loyalty that's virtually unprecedented in its scope and energy.

The cumulative effect has been to irrevocably link Springsteen's career trajectory to the collective life experience of his fans, many of whom have been earning their stripes since the early '70s and still pledge allegiance to The Boss in the '90s because, at one point, a connection was made that has yet to be broken on either side of the formula. There have been others, of course, from Sinatra to Elvis to Dylan to the Beatles, to inspire rabid, lifelong loyalty among fans; but when was the last time you heard a popular artist fret publicly about not wanting to waste his fans' time?

Sure, it could all be a variation on the old "populist/everyman" persona that cynics sometimes accused Springsteen of adopting during the blue-collar drama days of Born to Run and Darkness on the Edge of Town. Plausible -- except that Springsteen, an intensely private individual, always seemed to have more at stake than other performers when it came to the things he did in the public eye. There were those concert marathons, of which he's said he didn't have any choice in the matter -- he simply had to run until he dropped, dragging the audience along until it dropped, too. His personal consciousness-raising was accompanied by a drive to give the audience the same opportunities as he, be it to learn more about regional food banks, Vietnam vets, Amnesty International, or the Christic Institute. Even areas far subtler, such as his notorious penchant for painstaking songwriting and recording detail, are indicative of someone who spends a lot of time thinking about who he is and whether he's getting his message across.

Consider the following comment Springsteen made in last year's photo/lyrics book Songs, in which he wrote about what was at stake with 1978's Darkness: "I had to infuse the music with my own hopes and fears. If you don't do that, your characters ring hollow, and you're left with rhetoric, words without meaning. Most of my writing is emotionally autobiographical. You've got to pull up the things that mean something to you in order for them to mean anything to your audience. That's how they know you're not kidding."

And this self-identification as a storyteller who, out of necessity, can only exist if there is someone -- an audience -- to listen to his stories, runs even deeper, toward the literal, for Springsteen. Speaking to journalist Robert Hilburn in 1985, he wrestled with the issue of the source of his drive, finally offering meekly, "That question -- how long can I do this -- is something I used to ask myself, and then I woke up one day and I said, "Oh, wait a minute, I know who I am . . . I'm the guy who does this.'"

Well, Cleveland gets to see "the guy who does this" at Gund Arena this Sunday, November 14, and Monday, November 15. It's the middle of the second U.S. leg of his reunion tour with the E Street Band, which began in Europe last April, picked up for a 15-night stand in New Jersey in July, then wound its way to Boston, D.C., Detroit, Philly, and Chicago during August and September. (From Cleveland, the tour hits Columbus on November 17, followed by dates in Buffalo on November 19 and Albany on November 21, before breaking for December and presumably commencing again after Christmas.)

Press coverage of the tour to date has been near uniform in the praise department, with the occasional whine along the lines of "Is Springsteen really relevant in the era of hip-hop and alternative music?" generally shouted down by those who assert, "Yes, because he makes the connection again, and rocks his ass off in the process."

Chicago Tribune critic Greg Kot wrote of the September 27 concert, "Springsteen and the E Street Band played not with just verve and passion, but with a joy that couldn't be feigned and a kinship that went beyond professional obligation. It was like the improbable script for a Neil Simon play about a co-ed, biracial rock and roll band that rises from the East Coast boardwalks into the hearts and minds of millions: the Boss and the Big Man (Clarence Clemons), the Professor (Roy Bittan) and Miami Steve (Van Zandt), Mighty Max (Weinberg) and his silent bass-playing sidekick (Garry Tallent), accordion-playing Danny Federici, willowy Patti Scialfa, diminutive Nils Lofgren. Who are these people? Cartoon characters?

"In a way, they are -- flesh-and-blood caricatures who remind us of a more innocent time, even as they confront what it means to be alive in the waning hours of the 20th century. On this tour, Springsteen is reclaiming something far deeper than a rock and roll band. He's trying to remind himself of what matters, under the guise of a reunion show that trots out most of the hits (and plenty of obscurities, too)."

Indeed. This is no mere revue; U.S. tour stats to date report an average of 22 songs per concert, with a total of 76 different ones trotted out. A lot of Springsteen's biggest hits (most noticeably, those from Born in the USA and Tunnel of Love) are absent from set lists. In their place has been an unexpected treasure-trove of material culled from Springsteen's deep catalog ("Blinded by the Light," "Meeting Across the River," "Candy's Room"), rarities from last year's Tracks boxed set ("Loose Ends," "Rendezvous," "My Love Will Not Let You Down"), and even some unreleased numbers ("Red Headed Woman," "Light of Day," "Freehold"), all turning up in well-paced sets that make for a fine buzz, nostalgic or otherwise. Some material has been overhauled, such as the moody, jazz-noir-tinged arrangement for "The River"; some songs have been fleshed out, including powerful full-band renderings of "Youngstown" and "Ghost of Tom Joad"; and still others simply pack a new, revived punch -- 1978 war horses "Prove It All Night" and "Badlands" in particular -- not experienced since their heyday.

One pure Springsteenian moment comes during an extended rave-up during "Light of Day" wherein the singer, band riffing mightily behind him, climbs into the pulpit of the Ministry of Rock and Roll and bellows in his best holy-roller voice, "Have you ever been dis-gusted? Dis-possessed? Over-analyzed? Factionalized? Fractionalized? Stigmatized? Retropsychedelicized? I wanna tell you that I cannot offer you life everlasting. But I can, however, offer you life -- right now!" Corny? Sure. But it brings the house down.

It is, perhaps, significant that Springsteen ends his '99 concerts with a three-song encore that underscores his relationship to his audience, how it feels to be reunited with the E Street Band after more than a decade, and the way everything is wrapped up together into a shared journey that, even at age 50 (he just crossed the half-century mark), isn't quite over just yet.

"Thunder Road" initially may have been about breaking small-town shackles and hitting the highway and, implicitly, how rock and roll is the catalyst that helps us visualize our personal dreams; but over the years, the scope of its message has expanded to include what it means when a community of dreamers -- Springsteen counting himself among that community -- learns to face together the challenges that life throws out. "So you're scared and you're thinking/That maybe we ain't that young anymore/Show a little faith, there's magic in the night . . . Well now I'm no hero/That's understood/All the redemption I can offer, girl/Is beneath this dirty hood/With a chance to make it good somehow."

Tellingly, the tune has, over the years, also become the one guaranteed to prompt a nightly audience sing-along, an anthem in the purest sense.

Audience-performer bond attended to, Springsteen next transforms one of his most eloquent expressions of love, the ballad "If I Should Fall Behind," into a pledge of band unity. Against a gently fretted guitar melody and a heartbeat pulse, first Springsteen, then Van Zandt, Lofgren, Scialfa, and Clemons each take a verse: "We swore we'd travel, darlin', side by side/We'd help each other stay in stride/But each lover's steps fall so differently . . . Should we lose each other in the shadow of the evening trees/I'll wait for you/And should I fall behind/Wait for me." And a bond of comradeship once broken has now been cemented anew.

Finally, to the last number, a new composition titled "Land of Hope and Dreams," whose folk-rock arrangement, gospel lilt, and lyrical snapshots of saints, sinners, losers, and winners all embarking on a train toward the promised land are clearly aimed at invoking images of Woody Guthrie ("This Train Is Bound for Glory") and Curtis Mayfield ("People Get Ready"). Rather than going out on a wave of Dionysian tumult, Springsteen instead aims for something more spiritual, more transcendent -- and, true to his nature, the ties that, in the final estimation, bind us all.