The Case for Debauchery

Conventioneers like to get hammered. The Flats gets people hammered. Discuss. 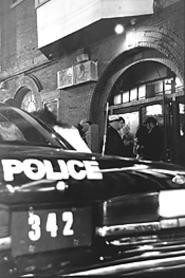 Before the lawsuits and the drownings, before the police raids and the bad press, there were street festivals and concerts. There were traffic jams and boat races. There were piano bars and dance joints, dive bars and music clubs. There were seven million visitors a year, soaked in booze, crowned with big hair, loaded with libido.

It was good to be the Flats.

Such scenes are now the province of yellowed newspaper clippings. Crowded with vacant buildings, struggling to shed its rowdy image, the Flats today seems like the spent shell of yesterday's splendor. Dated. Disregarded. A little sad.

"There are times when you go down Old River Road during the day, and it just looks desolate," admits James Pressler, head of the area's redevelopment agency.

But with business leaders hell-bent on building a new convention center -- an undertaking that has bombed in nearly every city in America -- the Flats may be Cleveland's one chance to actually make it work.

Debauchery, after all, is the silver bullet of the convention business. Of the nation's top convention destinations, two -- Las Vegas and New Orleans -- lure people for some of the same sinful reasons the Flats once did, reasons they're not afraid to market. Two weeks ago, Las Vegas unveiled a $58 million ad campaign focusing on the city's "inherent mystery, sex appeal and sense of debauchery." The New York Times recently noted that the "unholy trinity of drunken revelry, jazz, and debauchery [are] three reasons why New Orleans remains a popular convention destination."

If there's one thing Cleveland is good at, it's excess. Men's Fitness recently ranked us the sixth fattest city in America, thanks in no small part to the fact that we have more bars and more junk-food outlets per capita than any area in the country. Thirty percent of Clevelanders smoke, 31 percent don't engage in any regular exercise, and almost 15 percent binge drink, according to the state health department.

But debauchery isn't just in our blood; it's also on the agenda for a lot of people who visit. For much of the last decade, the Flats was the second most popular tourist spot in the state, behind only Cedar Point/Lake Erie islands. It was the one part of Cleveland known from Parma to Peoria, the one area that made the city different from Anytown, U.S.A. It's no coincidence that in 1997, when the convention and visitors' bureau decided to open up its first satellite center, it put it in the Flats.

Such recognition would seem to make the resurrection of the Flats at least a consideration in convention-center discussions. Yet amid talk of sites and square footage, of taxes and truck access, proponents are saying little about leveraging the city's most famous entertainment area. The only people to even mention the Flats are County Commissioner Jimmy Dimora and Stephen Litt, The Plain Dealer's architecture critic; the lone proposal that would most directly benefit the area -- a site on the lake -- has been almost uniformly dismissed.

Part of the problem is geography. The lakefront proposal, along with a possible site south of the Innerbelt, is considered too removed from downtown's core. "The convention center has to be a catalyst to something," says Chris Ronayne, the city's planning director. "It has to be a magnet. We look at it as a potential vehicle to repopulate the downtown with pedestrian activity."

There's also the matter of political juice. The Warehouse District proposal is being pushed by former Indians owner Dick Jacobs and Forest City honcho Albert Ratner, the city's most prominent developers. The other front-runner, the site of the existing convention center, has long been backed by downtown business groups.

"The lakefront is a fresh new approach, but it doesn't give businesspeople what they want -- benefits that derive from the convention center being in their front yard or next door to them," says Dimora, who supports the lakefront site.

Yet the anointed sites have problems of their own. The Warehouse District site is so small that it would require a two-tiered exhibition floor, a big no-no for trade shows. Building on Mall C -- where the current center lies -- would mean putting much of it underground. There is also the matter of parking, traffic congestion, and ease of access.

And amid the convention-center arms race plaguing everyone from Omaha to Orlando, neither proposal offers anything particularly unique to Cleveland. Be they in Austin or Toledo, warehouse districts have become ubiquitous. And as attractive as Cleveland's has become, many do it better. Minneapolis's district, for instance, boasts more than twice as many bars and restaurants as our own.

Though the city has yet to take a position on the convention center, it's clear that promoting debauchery isn't at the forefront of its plans. "My view of the world is that the Flats ought to be considered a neighborhood, albeit a really mixed-use one," says Ronayne.

Such a sentiment isn't new. For years, government pooh-bahs have been saying that the area needs to break out of its Frat House-on-the-Cuyahoga image. That it should add housing and office space. That it should become more like the Warehouse District.

In some ways, that's already happening. Two luxury condo and apartment buildings recently opened on the West Bank. A third is on its way.

"The Flats had a 20-year run, and it's going to take some serious planning and investment to help it," says Councilman Joe Cimperman. "I think the city is really willing to do that, but right now, we're just short of cash."

Debauchery, it seems, just ain't what it used to be.