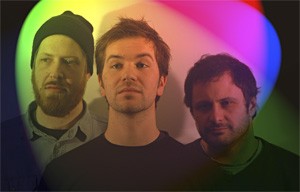 The Chad Sipes Stereo prepared to record its third album by making a case study of what a great band did for its third album: For a recent R.E.M. tribute night, the group learned to play the entire Fables of the Reconstruction, which may be R.E.M.'s least popular record, but only makes the band that much cooler in our book. As of this writing, the group hadn't decided whether it would reprise the album-cover for its Cleveland set or stick to its breezy original indie-rock. But the band's members seem like decent folk, and if you ask nice, you can probably get them to break out "Driver 8" or "Can't Get There From Here."