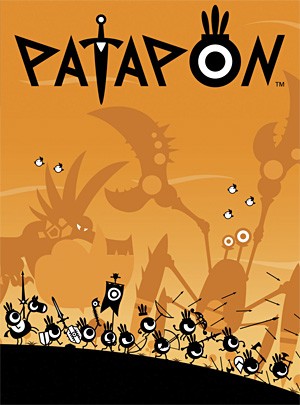 TOP PICK — Patapon (Sony)
This terrific video game features a tribe made up of critters who sport one giant eye and four stick appendages. They wield spears, arrows, and a bunch of other weapons as they take on neighboring warriors. Gamers lead attacks by drumming battle beats. Part rhythm game, part action game, and part strategy game, the thoroughly original Patapon ranks as one of the PSP's best-ever outings.

BOOK — Comfortably Numb: The Inside Story of Pink Floyd (Da Capo)
Mark Blake's bio of the venerable British band covers all the bases: original frontman Syd Barrett's drug-propelled breakdown, Dark Side of the Moon-fueled superstardom, and the ugly breakup. But unlike most other Floyd books, this one looks at the story from all the members' perspectives, giving as much weight to Nick Mason's drumming as it does Roger Waters' brain-damaged lyrics.

VIDEO GAME — Frontlines: Fuel of War (THQ)
This first-person shooter (for the Xbox 360 and PC) is set in the very near future, when only one oil reserve remains in the entire world. The good-guy Western Coalition Army and evil Red Star Alliance duke it out for control. Like last year's Call of Duty 4, the action here takes place in sandy wastelands and feels eerily timely. Plus, the futuristic tanks and jets are pretty cool.

DVD — 101 Dalmatians Platinum Edition (Walt Disney)
One of Disney's best-looking animated movies gets the two-disc special treatment — complete with deleted songs, behind-the-scenes docs, and a Virtual Dalmatian game with, natch, 101 different doggies. The restored 1961 film now looks flawless: Not only can you pick out all the pups' spots, but villain Cruella De Vil's wickedness has never been so gloriously vivid.