For the Mercury Lounge's Mike Filly, the DJ is an educator as well as an entertainer. 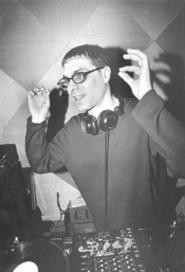 For the serious DJ, turntables aren't just a means to music, but a vehicle for creating a forum for education. Carving a niche in a city takes years for a committed DJ, but once he finds his own style of music, the booth becomes a makeshift pulpit for introducing listeners to something different.

Mike Filly, resident DJ at West Sixth Street's Mercury Lounge, understands that process. Spinning his own brand of melodic philosophies, Filly has maneuvered through the Cleveland clubs for nearly 10 years, playing downtempo and jazzy/deep house with a groove-infested approach that relies on hip-hop beats and bass and funk instrumentals. And although Filly's chilled-out, slower style is a rarity in the Cleveland area, he gives much-needed exposure to artists such as DJ Cam, Nightmares on Wax, and Todd Edwards.

"It's not necessarily about education, but it is about turning [people] onto something new," Filly explains. "I think it's insulting to the crowd if you just give them the same old tired thing; you might as well have a jukebox sitting in there. People come to see me to get turned on to new music. They sit here in a nice, relaxing setting and pick up music they're not going to hear anywhere else. I've always been more interested in pushing the music than pushing myself. And so far, the music has spoken for itself."

"People will come in here and sit for an hour and ask, 'What is all this? This is great,'" he explains. "People hear it, and they really get into it, whether they're adults or younger people. And when they ask, we try to put the music in their hands, because really, we're here to push the stuff."

Last spring, Filly was asked by club owner and fellow downtempo enthusiast DJ Whatever (Jeff Allison) to take up spinning at the Mercury Lounge as resident DJ, performing with Whatever every Thursday, Saturday, and Sunday night. At the club, Filly has fine-tuned his DJ style to use two specific genres: downtempo and house. Downtempo is a broad heading under which slower, groovier instrumentals with chunky rhythms fit, drawing influences from hip-hop as well as jazz, dub, and other music, while house is an even broader category that incorporates deep bass loops, synthetic textures, and the classic "four on the floor" drum sounds. It also uses jazz and other world music in its repertoire.

"What I consider house is maybe not what a lot of people in clubs around here consider house," Filly says. "I see their style as some watered-down version of techno, made very accessible and given a name like progressive house or Europop cheese. I'm into jazzy house, deep house, and house that steps on new styles and genres. Stuff that has jazz-oriented riffs and grooves. Sometimes it has instruments like an upright bass or someone throwing in a piano, flute player, or a jazz string section."

While in his teens, Filly started sampling the new-wave portions of '80s music and experimenting with artists who relied on heavy sampling to piece their tunes together. By the time he stumbled onto his first gig, a summer slot as a DJ at John Carroll University's WJCU-FM/88.7, he got his first chance to play music that wasn't getting airtime at local stations and clubs.

"Most DJs were staying away from playing underground music, and almost no DJs were playing house, except in a few gay clubs on off nights," he recalls. "I started to persuade club owners to allow me to play at their clubs, even though I wasn't old enough to get in. I was on a mission to introduce the city to underground music that was becoming popular in Europe and in a few cities in the U.S."

Filly's first residency came in 1990 -- he teamed up with local DJ Rob Sherwood for a club night called "Love" at Aquilon. That led to jobs at an array of clubs including the Brillo Pad, Smart Bar, Lift, Alter House, Aqua, Wish, Europa, U4ia, and Trilogy, where he performed on Sunday nights for "The Church."

Filly has also had the chance to dabble in producing. In 1996 he and local producer Dan Curtin recorded a number of records under the name "Purveyors of Fine Funk" for British labels Peacefrog, Ferox, and Nepenta, and a label out of Tokyo called Sublime.

"They were all tech house," he explains. "They were in most of the press over there and were well received on both sides of the pond."

British DJ Carl Cox put some of the tracks on a mix CD he did for Moonshine Records. Filly has also done some remixing work for major-label artists such as Deee-Lite and My Life With the Thrill Kill Kult. His experience and commitment to the underground DJ scene places him in a unique local class, but it's his deft handling of the turntables that pushes him into a distinctive caste. Slide a pair of Technics 1200s anywhere near him, and he has the ability to mingle genres, styles, and tastes into a smooth conglomerate.

"I keep up-to-date on many types of music, and I can take that and put them all together in a way that makes sense in a particular environment," he says. "I'll put together a bunch of records that are all different styles, ranging from downtempo to house and maybe even some drum 'n' bass, that are all influenced by a particular sound, like jazz fusion or bossa nova. You need to be versatile. I build up a plot each night. It's almost like a theater production. It's reading your audience, getting them involved, then excited, and then bringing them back down, so that by the end of the night, they're leaving with a smile on their face."

Sticking to his beliefs about music might be Filly's strong point, but it's also his major downfall. The DJ admits he's always been too stubborn to play overly commercial records. What mainstream crowds want is not what they're going to get with Filly. In this way, he removes himself from the pop DJ scene that dominates most Cleveland clubs.

"There are a lot of DJs who stick to playing it safe in clubs," he says. "Many just seem afraid to experiment with new sounds. There are some records that came out three years ago and were a big hit then, but are still getting played at numerous clubs every single night. I think that DJs have a responsibility to educate the crowd while entertaining them as well. Commercial radio is way behind in this city and misses out on a great deal of music perfectly suitable for radio that's played on the air in many other cities."

But things are improving, at least from Filly's point of view.

"I do see the downtempo and house scenes changing," he says. "A lot of your bigger clubs are afraid to play it, but not everyone is into going to those big [places]. It doesn't even have to be a DJ. I'll go into restaurants like Sushi Rock or Lola, and they're beginning to play stuff along those lines. And you wanna know what? I go into the Gap and Banana Republic in a mall, and I get fucking amazed at some of the shit that I hear in there -- records that are rare, underground, or just classic gems. The Gap and those guys definitely have some cool DJs putting together their compilations at the moment. Hell, I want one of those jobs."