The Flats on Trial

The ghost of a deadly fight calls for developer Bart Wolstein. 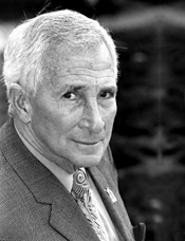 A night in the Flats has confined 21-year-old Joseph Kowalski to a useless body. He is blind, can barely speak, and is unable to walk unless braced to contraptions.

The tattoo that rings his atrophied upper arm speaks to a youth that ended when a knife pierced his heart five years ago, devastating what could not be called a promising future. At 16, Kowalski had already dropped out of high school. Unknown to him, a girlfriend was pregnant. And on March 21, 1997, he was in a Flats parking lot after 2 a.m., a convicted felon in his company.

Kowalski and three friends went to Traffic Jams. One of his friends, 20-year-old Larry Davis, had been a star pitcher at South High School, winning the league's most valuable player award. Anthony Marvel, 24, was fresh off a six-month prison sentence for theft, drug abuse, receiving stolen property, and aggravated assault.

That same night, Earl "Bill" Holloway and two friends went to the Basement. A Perry resident, Holloway, then 25, had recently been laid off from a job at a food plant.

The two groups did not intersect until after the bars closed. At 2:15 a.m., in a parking lot at 1089 Old River Road, across from the now-closed Max & Erma's, Davis and Holloway exchanged words from 30 feet apart. The warmongering qualities of alcohol seem to offer the only explanation for the confrontation, though Holloway's former attorney says his client wasn't much of a drinker. This is known: Davis threw a bottle that landed near Holloway's feet. The dispute moved to close range. By the time it was over, Holloway had stabbed Davis and his three friends.

Davis and Kowalski were struck in the heart. Davis died that night. Kowalski bled so profusely, his brain was damaged. The other two men's wounds were not serious.

Six months later, Holloway stood trial for murder and felonious assault. His lawyers argued self-defense. They told the jury he was senselessly attacked by a pack of toughs, maybe six in all. His two friends tried but couldn't pull him away. Knocked to one knee, Holloway reached for the four-inch serrated blade he carried and flailed defensively.

Prosecutors tried to depict Holloway as the sophisticated combatant, savvy in the martial arts and, as evidenced by the 17 stab wounds, thirsty for blood. But Holloway's lawyers were able to build a powerful case for self-defense. Harvey Bruner, an attorney who represented Holloway, says that moments before the fight, his client had walked his future sister-in-law to her car. He had had only one drink and said nothing to provoke a fight. It was the Davis crew, Bruner says, that was drunk and spoiling for a rumble. "These boys were looking for trouble."

The jury found the defense's version more believable. Holloway was acquitted on all charges, and he resumed his life.

For Kowalski, that night never ends. Blind and brain-damaged, he is unable to even feed himself. He lives with his brother and guardian, Charles, whose wife Kim manages Kowalski's expensive and demanding care.

Naturally, someone has to pay.

A lawsuit filed by the Kowalskis in 1998 originally named Holloway as a co-defendant, but he was recently dismissed from the case, which is finally set for trial April 3. Kowalski attorney Craig Bashein is instead feeling for deeper pockets: those of developer Bart Wolstein, who owns the lot, and APCOA, the company that runs it. For Bashein, dismissing Holloway meant "one less lawyer at the defense table."

On its face, suing the parking lot for Kowalski's care and misery -- not to mention the cost of raising the baby he fathered -- might seem to be ambulance chasing at its most insipid. Bashein, though, has more than a disabled client to take to court.

In legal documents, he describes the corner of Main Avenue and Old River Road as the "ground zero" of crime in Cuyahoga County. Police and safety officials will testify about the lawlessness on the East Bank of the Flats circa 1997. The Wolstein lot in particular, Bashein argues, was hell's half-acre, and he doesn't lack for evidence that its caretakers neglected safety.

At a meeting with Flats business owners in 1994, the city demanded that a better peace be kept. It came a few weeks after a night in which the Third District's entire fleet of patrol cars was called into the Flats to break up drunken fights. Club owners responded by hiring a 19-member security force of off-duty cops. There is no record of anyone from the Wolstein Group or APCOA attending the meeting or a subsequent one, where the decision was made to hire the patrol. (APCOA lawyer John O'Neil declined comment for this story; Wolstein attorney Andy Dorman did not return phone calls.)

Joe Mazzola, then-director of the Flats Oxbow Association, was pleased by the club owners' course of action, but he also worried that it wouldn't be enough. "The one weak spot, we all felt, was the parking lots." He didn't keep this opinion a secret. In a 1994 Plain Dealer article, he and then-Safety Director Bill Denihan criticized the lack of supervision in the lots.

The Wolstein Group and APCOA did hire an experienced police officer, Tim Gaertner, to patrol the lot on Friday, Saturday, and Sunday nights. Bashein argues that one officer was insufficient. The lot can accommodate almost 500 cars, it's close to heavy drinking, and views are obstructed by the building that used to house John Harvard's. At the time of the stabbing, Gaertner was standing near the lot's entrance, talking to a woman.

Kowalski's attorneys say the Wolstein Group traded safety for profits. Court records indicate that APCOA asked for money to pay for more than one officer, but the Wolstein Group, according to a 1996 memo, instructed APCOA that "security be limited to one off-duty policeman." A 1997 budget shows a security expenditure of $18,720 -- and a lot operating profit of $597,158.

Given such unflattering documents, the defense is likely to make a case against Kowalski, his actions, and his character. He certainly isn't the first teenager to taste the pleasures of the Flats, but a high school dropout who ran with an ex-con is not an ideal victim. At the criminal trial, Bruner let Marvel's rap sheet unfurl to the floor.

"Sixteen-year-old boys make mistakes," Bashein responds, trying to sound convincing. He insists that Kowalski was not the instigator of the fight. "Nobody, including Earl Holloway, has said that Kowalski was the aggressor." Even so, the defense argues, Kowalski chose not to retreat or seek help, but to enter the fray.

The verdict may turn not on the knife fight or security measures, but the esoterics of contract law. Davis, who drove Kowalski that night, didn't park in the Wolstein lot. Police found his car nearby. This, says the defense, designates Kowalski a "licensee," someone whose presence is merely tolerated by a property owner -- a legal status that would lessen the lot's obligation to his safety.

Bashein argues that Kowalski was an "invitee," someone whose presence is mutually beneficial to both parties, since he -- like Holloway -- walked a woman to her car, parked in the Wolstein lot, moments before the fight. "The only one performing security at this time is Joe Kowalski," Bashein says, savoring a lawyer's irony.

Both sides are gambling by going forward with a jury trial. According to court records, Bashein will accept no less than $8 million. The defense has offered a $2 million settlement.

However the jury finds, the Kowalski case seems to summarize all that went wrong on the East Bank. The police patrol notwithstanding, too many club and property owners didn't see the importance of safety and cleanliness to customers. Mazzola, who now works for a design firm in Akron, regrets defeat of a measure that would have assessed merchants for increased services, such as sidewalk sweeping. Instead, clumsily handled gyros were left to rot on the pavement, and patrons' behavior often matched their surroundings. As the vomit, violence, and vagrancy collected on the East Bank, revelers kept to the West Bank and discovered insurgent nightspots like the Warehouse District, Gateway, and Tremont. "For lease" signs now dot a strip that was once soaked in energy.

"It's like they pissed away a 20-game lead," Mazzola says.