The High Road to Hooters

Grunge etiquette be damned, Oleander wants to make a difference in your life. 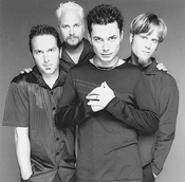 Oleander lead singer Thomas Flowers sounds defensive. He takes every topic of conversation back to why his Sacramento, California band isn't ripping off other grunge acts. Since the current alternative rock scene consists of throwaway, faceless guitar bands that are as interchangeable as Legos and whose transitory careers pale in comparison to such talents as Jenny McCarthy and the Spin Doctors, Oleander isn't exactly the kind of band that will improve the quality of modern rock.

Just as expansion dilutes talent in professional sports, trends and genres often lower expectations and allow bands that wouldn't survive on their own merit to momentarily experience success and stardom. This year, an entire cadre of grunge artists (ranging from Pearl Jam to Stone Temple Pilots) has had a hard time justifying its own existence. And that's not to mention the countless offshoot bands at the bottom of the dysfunctional alt-rock pool. Despite the fact that Oleander's upcoming show with Creed and Our Lady Peace is sold out, the band has yet to fully distinguish itself from its Seattle forefathers. Adding to the confusion and hypocrisy is the fact that Flowers doesn't have a clear answer when asked about his influences.

"We can relate to many things," he says. "The hardest thing that we can relate to is what we're trying to do. See, we know where we've come from, but we don't know exactly how to get where we want to go."

Oleander's brief rise to fame started in the summer of 1997. A Sacramento radio programmer started playing "Down When I'm Loaded" and "Why I'm Here," two songs from Oleander's self-released debut album, which was financed by bassist Doug Eldridge, who put the $10,000 recording costs on his Visa card. Luckily, the quartet were quickly signed and went back into the studio to re-record some of the songs from their demo (and add a couple of new tracks, including a cover of the Cure's "Boys Don't Cry") with producer Steven Haigler (Fuel, Local H, Jimmy's Chicken Shack).

The resulting major label debut, February Son, released earlier this year, features a predictable combination of simple rock chords and disillusioned lyrics. Despite being derivative of Nirvana, the first single, "Why I'm Here," has become a hit on alternative rock radio, and February Son has sold over 300,000 copies. Opening with heavy guitars and apathetic vocals, "Why I'm Here" falls far short of anything Cobain ever did; the track, along with the rest of the album, actually sounds more like Matchbox 20, or even the Foo Fighters. February Son is your basic rock album -- it's neither groundbreaking nor revolting enough to leave much of an impression.

The impetus for Flowers's depressed lyrics, as he eagerly reveals, was a childhood filled with turmoil, spousal abuse, and a lack of role models.

"I had your typical dysfunctional family growing up," says Flowers, who worked as a busboy before getting signed. "I had divorce, I had splintered families, I had wrecking ball. I was trying to recover from that. And I'm trying to maintain the opportunity to not ever have to create that or expose anyone else to that."

Flowers's whining grows old very quickly, as his I'm-carrying-the-weight-of-the-world-on-my-shoulders routine is as calculated as it is annoying, and he answers every question with a diatribe about the dire state of life as we know it.

Everything isn't all bad, though. Oleander had the honor of opening the ill-fated Woodstock '99. On the opening day, it played for more people at one time than in its entire brief career to date. Flowers says he could sense the impending violence that eventually occurred at the outdoor festival.

"From the minute we got there and we got through playing, we could sense that there was no way you could possibly have anything better than what happened happen," he recalls. "I mean, come on. It was people who spent every penny that they had to be forced to endure some of the most difficult conditions that there are to go through."

Unfortunately, Flowers's foresight loses some of its polish as he stutters, hiccups, and occasionally slurs his way through the sentence -- but then, he and his bandmates (guitarist Ric Ivanisevich, bassist Doug Eldridge, and drummer Fred Nelson Jr.) have just spent the afternoon drinking at an Austin, Texas Hooters.

"And where we want to go is the road less traveled," he aimlessly continues. "And the road less traveled is an unsafe road, but it's the road we have to go. It's the road of responsibility. It's the road of doing the right thing. The album that we've just put out is a journal of the road more traveled -- the one that created and caused a lot of heartbreak for a lot of people. And I don't want to go there again. I want to make a difference in people's lives. I don't want to hurt them. I'm tired of bands that teach people how to ruin their lives. I want to be the band that shows them how to put their lives back together. Isn't it better to preach love than hate?"

Those are some pretty lofty goals for a band that has only one alternative radio hit to its credit. Perhaps Flowers sees himself in the same league as Garth Brooks (who supposedly wanted to meet with President Clinton to talk about peace), Bono (who had a plan to eliminate Third World debt), and Eddie Vedder (who took Ticketmaster to court). But it's the rare occasion when a relatively unknown artist steps on the soapbox in the name of fans he's hoping to have. Maybe Flowers should spend more time thinking about changing his band's sound and less time thinking about making a difference in the world.