The Black and White Album (A&M/Octone) 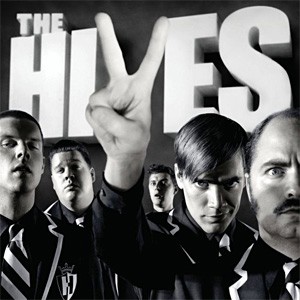 Hip-hop producer Pharrell Williams steps behind the boards for a pair of songs on the Hives' fourth CD. But The Black and White Album is no makeover — the band pretty much sticks to the two-chords/two-minutes principle that made it Sweden's chief contribution to the garage revival five years ago. A mid-song breakdown in "Well All Right!" and "T.H.E.H.I.V.E.S."' disco stomp are the only signs that Pharrell's space-age funk paid a visit to Howlin' Pelle Almqvist and crew. Otherwise, it's the usual amps-to-11 and hey-does-this-rhyme? shtick ("When times are hardy — Giddy up!/We throw a party — Giddy up!" goes the chorus of one cut). And like all Hives records, The Black and White Album loses steam after about 15 minutes. Still, the explosive opener "Tick Tick Boom" proves that they're good for at least one ear-ringing blast.