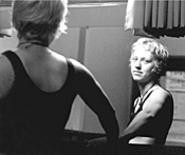 If Out Past the Lights, Ana Egge's fourth album, sounds somewhat rustic and organic, well, she planned it that way. "It started out as demos, basically," says the singer-songwriter. "With this record, I really wanted to have more of a lo-fi thing going on. Some of my songs in the past went for the perfect, shiny take. My songs needed to be pushed into that mold, and I really didn't want that."

Egge, 28, was prepped early for her life as a troubadour. She was born in Canada but grew up in North Dakota, where her dad was a wheat farmer. During the winter, he'd pack the family into an old school bus and relocate to New Mexico for the season. In New Mexico, Egge built a guitar -- and a house -- from scratch.

She moved to Austin a decade ago, after a friend suggested that she record a demo there. Soon, she was gigging at many of the city's fabled clubs, picking up quite a following. She snagged both Best Singer-Songwriter and Best Folk Artist honors at the Austin Music Awards the next year. And her 1997 debut, River Under the Road, was a regional hit. "I've grown a lot since then," she says. "I'm always finding new ways to get my songs out, because they never seem to work the same way."

For the past four years, Egge has been in New York City. "I've found a whole new respect for space and dirt," she laughs. "And I've found a more open sound." She's also found some new friends. Jason Mercer, Ani DiFranco's bassist, co-produced Out Past the Lights. Acclaimed singer-songwriter Ron Sexsmith also makes an appearance. And members of Norah Jones' band and Barenaked Ladies are part of her backing group.

"People would just show up when we were working on stuff, and we'd say, 'Oh, you should sing on this song,'" says Egge. "When I finish [writing] a song, it's the best feeling ever. But the next best is sharing it with somebody else."