How Lothar Berfelde put the SS in sex. 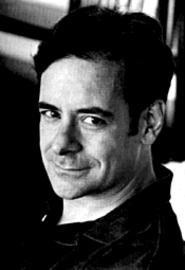 For most of his life, Lothar Berfelde pulled off his cross-dressing fetish despite the death threats one might have expected in Communist East Germany. He didn't care what anyone thought -- he even chronicled his gender-bending in the 1993 autobiography I Am My Own Woman: The Outlaw Life of Charlotte von Mahlsdorf, Berlin's Most Distinguished Transvestite. By the time he died in 2002 at age 74, Berfelde was heralded as a gay icon, with the German government bestowing its highest civilian award on him after the book was published.

Enter Doug Wright. For nine years prior to Berfelde's death, the playwright flew back and forth from his Texas home to Mahlsdorf, Germany, to interview the aging drag queen. Two years after Berfelde died, Wright unveiled his one-man show, I Am My Own Wife, in New York, where it earned the 2004 Tony Award for Best Play.

"She managed to be outspoken about who she was," says Anders Cato, director of the Play House production of I Am My Own Wife, opening Friday. "She never hid her sexuality. She always felt like she belonged in women's clothes."

Throughout the two-hour show, Mark Nelson takes on the role originated by Wright, portraying more than 40 characters, including von Mahlsdorf, Wright, Nazi officers, and several of the impersonator's friends and family members. With a physical turn and a vocal shift, each one comes through with a quick one-liner or a lengthy monologue. But Nelson remains onstage in a single costume: von Mahlsdorf's trademark black peasant dress, accessorized with a string of white pearls.

"When he turns into a man -- somebody who's not a woman, not a transvestite -- he's still wearing those same clothes and playing with those ideas of gender and who we are because of what we wear," explains Cato. "For me, it's about connecting to deeper issues, because we're quick to judge others -- especially those who are different in some ways."

If Berfelde were alive today, he'd relish the chance to recount his turbulent life, including the time Nazis ordered him up against a wall and threatened to execute him for being gay. "Mother Nature had played tricks by making me a boy," he used to tell friends.

"Doug Wright says he grew up gay in the Bible Belt, but it didn't compare to what Charlotte went through," says Cato. "He said, 'I need to believe in her story as much as she does. I need to believe a little boy in his mother's housecoat survived Nazi storm troopers.' Lothar Berfelde navigated a path between the two most repressive regimes the world has ever known -- the Nazis and the Communists -- in a pair of heels."