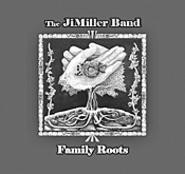 The strength of the Jimiller Band lies in its successful crossbreeding of jam-band and singer-songwriter aesthetics. Either can be the focus on any given tune and, much of the time, they alternate. Lead guitarist and vocalist Jim Miller is a tunesmith and player of varied coloration. This double disc set, representing a pair of live sets in an apparently comfortable venue, makes an excellent calling card for one of the area's best-developed sounds.

There are several of the expected influences, and a few that are much are less so. Two of Roots' strongest songs, "Whispers of Love" and "Sing It to Your Children," could have emerged from the songbook of British folk-rock bands such as Fairport Convention. The band's overall tightness is also key to the disc's success: Keyboardist Steve Scheff shines when the band is in "song" mode, and Miller's constantly changing guitar sonics highlight the jams. A solid effort.