With We Are the Fury. Wednesday, February 20, at the Beachland Ballroom. 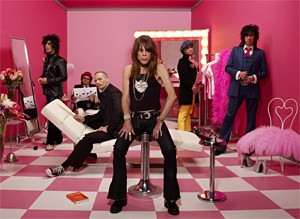 The New York Dolls' 2006 reunion album, One Day It Will Please Us to Remember Even This, was neither a stellar comeback nor a total embarrassment. It was pretty much what you'd expect from a bunch of aging punks who hadn't played together in more than 30 years. The fact that three-fifths of the original group are dead certainly didn't help their cause. But some of the songs settled into an old-time groove, one that was just as informed by classic R&B sounds of the '60s as it was the hustle-bustle of the band's N.Y.C. roots. The Dolls' real legacy, of course, stems from the two classic albums they recorded in the mid-'70s. Generally credited with igniting New York's punk scene, the band's influence can be traced to artists as disparate as Mötley Crüe (they shared a love of garish makeup) and the Strokes (they both dig that Bo Diddley beat). Singer David Johansen and guitarist Sylvain Sylvain are the only members of the original group still playing in the Dolls, but the new guys provide an adequate crunch and roll. After all, the two-and-a-half chords the Dolls base most of their songs on aren't all that demanding. It's just as much about attitude. And the Dolls still have plenty of that to spare.