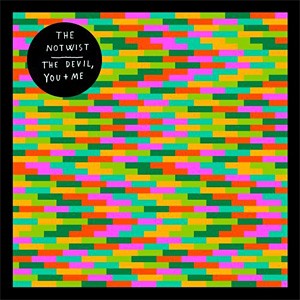 On the Notwist's sixth album, The Devil, You + Me, Markus Acher sounds sick of his group: "Let's just imitate the real until we find a better one/Remember the good lies." And out the window go the pocket jug bands, the folded laptop ping-pong games, the sonic can openers, and almost everything else that clicked and skittered on past Notwist records. Acher's band sounds like a real band these days. It's a bold move, since these German indie-rockers picked up most of their fans with 2002's technotastic Neon Golden and 1998's Shrink, a Kid A ancestor. "Alphabet" marries trance-like vocals to time-stretched noises and snare fills; "Gravity" turns squelchy Yo La Tengo-style glint-echoes into driving computer blips. But in "Good Lies" and the quietly anthemic title ballad, the Notwist aims for a shout-out in Zach Braff's next movie and easily hits its mark.