Blame It on Gravity (New West) 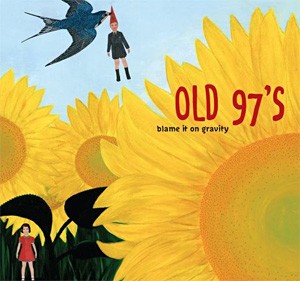 "He was on her like she was a drug," sings Old 97's frontman Rhett Miller on the band's seventh album. It sounds like he's spent the four years since the last record cooling off, loving up . . . and switching intoxicants. "You're a bottle cap away from pushing me too far," he spat last time around. Blame It on Gravity is the Old 97's flimsiest album, balancing the swoon-eyed wistfulness of Miller's dreamy solo records with the rest of the band's twangy manic shuffle. Cripes, the most menacing thing here is a quasi-tango called "Dance With Me" about girls with "flip-flop smiles." Most of the time, the guys sound like they're about ready to retire to time-shares in fluffy songs like "She Loves the Sunset" and "This Beautiful Thing." It all amounts to a sobering CD that downplays the group's usual locomotive drumming and stinging guitar lines. Get those bottle caps ready.