Juanita Myrick was a model bureaucrat -- even as she stole a small fortune. 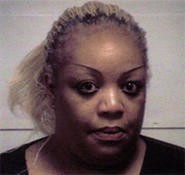 Juanita Myrick got her first job with county human services as a records clerk and quickly devoted herself to the patron saint of government: paperwork. Over the next 17 years, she became the mistress of meticulous documentation -- of clients, welfare checks, case evaluations. No detail was too mundane to escape her.

The model bureaucrat moved rapidly up the food chain, soon taking on the role of "eligibility specialist," deciding who should receive welfare, Medicaid, and food stamps. A few years later, she became a self-sufficiency coach, helping her clients find and keep jobs.

By 2001, she was promoted to supervisor, overseeing a team of caseworkers. She made sure their welfare checks were accurate, their i's dotted and t's crossed. She became the woman others went to for answers, says Commissioner Peter Lawson Jones.

They were all so confident in her abilities, it seems, that no one looked over her shoulder. If they had, they might have noticed some alarming extracurricular activity.

In 1994, just four years into her job, Myrick discovered a way to put her mastery of paperwork to lucrative use. She opened the files of former welfare clients, and with a few clicks on the computer, altered their payment information. Now instead of the client getting a check, she would.

The checks were mostly payable to her sister and sent to a special P.O. box. She'd deposit them in a bank account she also shared with her sister -- all without the latter's knowledge, according to Prosecutor Bill Mason's office.

For a bureaucrat, Myrick was unusually creative. Sometimes she'd pick a Social Security number and invent a client from thin air. Two of the victims lived in Germany. None knew what Myrick was doing.

Take Denise Blankenship, a former client who lived in South Euclid and relied on welfare to support her four kids in the early '90s. In 1996, Blankenship moved to Austintown, near Youngstown. Obviously, she no longer qualified for assistance from Cuyahoga County. Yet Myrick kept using Blankenship's name -- and her kids. For 11 years, Myrick used the family to write checks to herself.

"I have no idea how she could pull this off," Blankenship says.

But Myrick did. And over time, she grew bolder. Her trail of infrequent embezzlement started to expand in 2001. She was writing checks totaling hundreds of thousands of dollars, a more vigorous thievery that seemed to coincide with a downward spiral in her personal life.

In January 2000, her husband Franklin Jackson filed for divorce. A month later, Myrick received a protection order against him. She alleged that he pushed her into a wall, hit her in the face, and threatened to "knock your damn head off." Jackson was reluctant to pay child support for their three kids. By 2005, he was more than $10,200 in arrears.

Maybe that's why Myrick's sister didn't question their joint bank account. The sister, whom the prosecutor's office wouldn't name, believed Myrick needed a separate bank account because of her divorce. She didn't know about the welfare checks, nor did she receive any money. She's now a witness for the prosecution.

The scam continued undetected for 13 years. Within the notoriously backward county bureaucracy, it appears that stealing hundreds of thousands of dollars doesn't attract much attention. The Department of Employment and Family Services does routine audits and has an internal fraud unit. Yet for more than a decade, no one noticed that a single woman was receiving hundreds of checks.

The state Department of Job and Family Services just did an audit last year, says spokesman Dennis Evans. But this was "not something our audits would find," he claims, because they focus on ensuring that money is coming from the right account and that clients are eligible for assistance.

It's a curious argument, since by this spring, Myrick's sister had received more than 650 checks totaling over $800,000 -- though not a dime of it went to the truly eligible.

It wasn't until the county's internal fraud unit began an audit of unusually high payments that Myrick's secrets were flagged. Blankenship and other mystery recipients were interviewed. Meanwhile, the county was still rewarding Myrick for her steadfast work.

But a week later, she was placed on paid administrative leave. By the end of May, she was indicted on 115 counts, including theft, forgery, and identity fraud. She pleaded not guilty.

A few days later, a young girl answered the door of a Garfield Heights home and called for her mommy. Myrick, a round woman wearing a flowing dress and long, bleached-blond braids, politely declined to comment.

But back at the welfare office, her leave is no longer paid. County commissioners have hired a forensic accounting firm to examine the department's computer system and figure out how to prevent similar scams.

"We're working our damnedest to try and get to the bottom of it, so it doesn't happen again," says County Administrator Dennis Madden.

But in Cuyahoga County, words of reform rarely hold promise. Just last week, Blankenship got a card in the mail saying that her kids are enrolled in the county's Medicaid program -- even though she hasn't lived here in 11 years.

"You tell me what's going on down there," she says. "I don't know what they're doing."