The Roc the Mic Tour 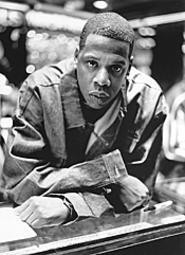 Half the fun of this hot-selling hip-hop extravaganza is the unpredictable guest list. Besides the rotating lineups behind co-headliners Jay-Z and 50 Cent -- and possible posse appearances from other Roc-A-Fella and Aftermath artists -- you never know who might wander onstage. (At the opener in Hartford, it was Jigga's squeeze, Beyoncé Knowles.)

But the known quantities of the first Rock the Mic Tour are plenty, really. The trek pairs two of the three highest-profile MCs of the day (that nice Mathers boy from Detroit is staying home). Even after a disappointing 2002 double album, Jay-Z remains at the pinnacle of his profession, a larger-than-life figure who's become synonymous with hip-hop. And while his shoot-'em-ups can't match Jay's storytelling, bullet-riddled gangsta 50 Cent is keeping pace chartwise with his No. 1 debut, Get Rich or Die Tryin'.