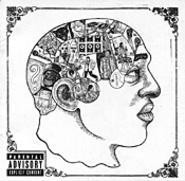 In their decade-plus as one of hip-hop's most consistently brilliant outfits, Philadelphia's Roots have received far too much attention for being (gasp!) an actual band and far too little for the fact that they're a really damn good band. And now, with Phrenology, Illadelph's finest stake a claim as much, much more.

Buoyed throughout by Leonard Hubbard's springy bass lines and ?uestlove's always adventurous drumming, Phrenology puts the band's eclecticism and musicianship on proud display. With drop-ins by Talib Kweli, Jill Scott, and Nelly Furtado, the album has the look of a standard hip-hop entry on paper, except that such albums don't tend to veer from neosoul to spacey jazz to thrash metal the way this one does.

There are plenty of highlights, but Phrenology's greatest contribution is "Water," an 11-minute opus delivered in three movements that devolves into a murky exploration of addiction, complete with screeches and yowls and ominous heartbeats. The cut is aimed pointedly but tenderly at estranged Roots member Malik B., with Black Thought urging, "You need to walk straight, master your high/Son you missin' out on what's passin' you by." Don't make the same mistake with this superb disc.