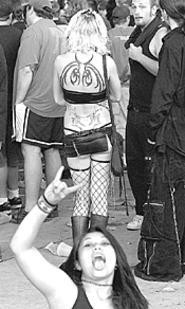 Rosavelt, Cleveland's top roots-rock band, is breaking up, but the show will go on, even after the group goes out with a bang.

"We will no longer perform under the name Rosavelt," says singer-guitarist Chris Allen. "It was just time to move on to other projects. We had a great eight-year run, something that we're all very proud of."

Playing a heady mix of jangle, twang, and boogie, Rosavelt found a measure of national recognition, recording 2004's The Story of Gasoline with R.E.M. producer Don Dixon, opening for groups including Los Lobos and Graham Parker, and earning good notices in the Los Angeles Times and other major publications.

Rosavelt will play its final show on Friday, July 15, at the Beachland Ballroom (15711 Waterloo Road). The show will be a CD-release party for Goodbye Rollercoaster, an album recorded before Gasoline, but shelved. The disc features such Cleveland all-stars as Anne E. DeChant, Austin "Walkin' Cane" Charanghat, Doug Gillard, and Roger Hoover -- all of whom are scheduled to perform.

· WMMS-FM 100.7 is back on top. The station has been voted the Major Market Rock Station of the Year by industry journal Radio and Records, placing first among the country's 25 largest markets. Formerly an industry model for classic-rock radio, the station has struck a balance between classic rock, hard rock, and modern rock.

"It's absolutely an honor," says WMMS's Bo Matthews, who was also nominated as Program Director of the Year. "I think WMMS has been asleep for a while. And I think we've done a lot over the last year to restore it. We're trying to be what the radio station was founded on, to return to the relationship it has with its listeners."

· Cleveland radio just got a little more Cleveland. Every weekday at 3:40 p.m., WNCX-FM 98.5 DJ/regional icon Michael Stanley is hosting The Cleveland Connection, playing a song related to Cleveland and telling its story. "We'll play songs with a lot of different connections -- live cuts recorded here. And so many great songs were written here," says Stanley. "Many of these cuts aren't even commercially available. I think it's a way to reconnect with the classic roots in this town."

· Dieter, co-host and resident whipping boy of 92.3 FM's Rover's Morning Glory, will step into the boxing ring for a match against behemoth Butterbean Saturday, July 16. Dubbed "The War on the Shore," the fight is scheduled for around 8 p.m., as the main event of a street festival on the East Bank of the Flats.

· Akron's Diffi-cult will reunite for a show at the Beachland Tavern (15711 Waterloo Road) July 16.