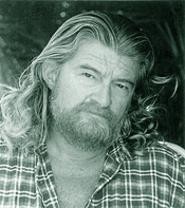 I am Vlad the Impaler, Joe Eszterhas' penis. You know Joe, right? Bigfoot-looking son of a bitch, like Jerry Garcia after he swallowed Brian Wilson on an Acapulco Gold high? The guy who wrote Basic Instinct and Showgirls and Flashdance and a whole lotta crap for which he was paid inexplicable millions? My pal's the most famous screenwriter in America, and you'd better believe he knows it too. Joe swears that he hates being famous, that it's too much trouble, but it's all bullshit. Being famous gets you a young wife, young kids, a "safe house" in Maui, and a publishing deal with Knopf even when the whole world swears your new book is nostalgic juvenilia, jerk-off rants about Monica and Bill and Ken and Hillary--a big effin' joke. But that's my Joe, God love him. I know he loves me and only me. He writes about me constantly in his new book, about how I used to get him in trouble back in the 1970s, when he was "balling" all the chicks at Rolling Stone, doing coke and cooz on Jann Wenner's desk. Yeah, like I made him cheat on his old lady; like I made him go home to her, reeking of dope and sex sweat. But that's Joe--can't let go of the past, can't let go of me. We make a good team. Without me, he'd be nothing more than a fat guy with a tan, broke and forgotten somewhere on the beach. I am his Bill Clinton, his Sharon Stone, his Rolling Stone, his Elizabeth Berkley, his Showgirls. I am his master, his pet, his hobby, his obsession, his Adolph Hitler, his ice pick, his David Caruso, his Sly Stallone, his Britney Spears, his screenplay...his doom.

Joe Eszterhas' new book, American Rhapsody, ends with a chapter titled "Willard Comes Clean," in which Bill Clinton's penis speaks and, God help us, raps. It is, by far, the most compelling chapter in a book otherwise full of so-what anecdotes (Farrah Fawcett once took a dump on a Hollywood producer's lawn while New Line head of production Mike DeLuca was out getting a blow job on the balcony), ho-hum revelations (Chinatown producer Robert Evans' description of Sharon Stone as "a lying dumb cunt who's had all the brains in her head fucked out"), and far-flung lunacy (Bill and Monica's "oral-anal" contact, as referenced in Ken Starr's report). The book is indeed the summer's must-read: You must read it to believe what absolute insane garbage it really is. And you thought Showgirls was bad.

By the time you get to the chapter about Clinton's talking pecker (called Willard because it's longer than Willie, or so says Gennifer Flowers), you'll merely shrug, then collapse into a mass of giggles--as Jon Stewart did last week on The Daily Show, when the author read the final two paragraphs of his book, in which Willard delivers his one-eyed monologue. ("I am his banana peel, his smoking gun, his Mannlicher Carcano rifle..." and so forth.) Stewart looked as though he'd wet his pants, and Eszterhas, who wrote the book during a three-year period spent watching ImpeachTV at his Maui home while poring over The Starr Report a dozen times, took it as a compliment. He was quite pleased, a smirk poking out of his bushy beard.

And maybe he ought to be. Maybe this book--part confessional, part obsessional (not a real word, which never stopped Joe)--is one 432-page punch line to the national joke known as Bill Clinton. Maybe it's a big put-on, a nyuk-nyuk rant-and-rave for which Alfred A. Knopf paid a hefty hunk of change to publish alongside the works of John Updike and Toni Morrison--neither of whom ever hinted, wink-wink, that Bill Clinton slept with Sharon Stone and Barbra Streisand. How can you take seriously a book in which Sasquatch insists Stone rubbed herself to climax on his corpulent flesh? Even Stone has insisted she was unaware Joe could write comedy.

The 56-year-old, Hungarian-born Eszterhas, talking from a hotel room in Chicago, likes to call the book a "mutant"--meaning, it's neither fact nor fiction, neither memoir nor exposé. At most, it's a mishmash of previously published "truths" and whispered rumors--say, Hunter S. Thompson dishing dirt with Matt Drudge over Thai stick and tequila, or Ken Starr penning porno for Henry Miller freaks. American Rhapsody bounces from reflections of days gone by ("We were the free-speech generation of the sixties, the generation of free love and communal sex, of one-night stands and no guilt, of bedroom experimentation..." blahblahblah) to bitchy backstabs about Hollywood whores and Washington weenies. Pick it up, and you can't put it down. That, or you'll hurl it against the wall just to see whether it sticks.

"It's an outrageous, in-your-face, middle-finger-extended kind of book, especially in a politically correct world that I think in some ways is Stalinist in its politically correctness," Eszterhas says. "It's a full-scale, full-frontal assault, and I knew there would be people who would love it and there would be people who would hate it, and that seems to be what's happening."

At this point, what does Joe Eszterhas have to lose by writing American Rhapsody, otherwise known as The Media Event of the Summer of 2000? Not a damned thing. He's easily the most famous and most vilified writer in Hollywood, the man who helped turn movies into music videos (Flashdance), who made Sharon Stone's vagina a star (Basic Instinct, for which he was paid the then-unheard-of sum of $3 million), and who made nudity boring (Showgirls). He's a once-great writer (for Rolling Stone and in his two long-out-of-print books of the mid-'70s, Charlie Simpson's Apocalypse and Nark) relegated to laughingstock, at least before Hollywood tried to forget about him altogether: Eszterhas has no fewer than nine screenplays, some of them two decades old, languishing about town. Only two are anywhere near being made.

He's obsessed with his pecker and convinced he and Bill Clinton are the same guy: two men betrayed, in their separate ways, by the obsolete promise of sex, drugs, and rock and roll. They ruined their marriages by chasing after their dreams of being rock stars--one, as a Hollywood player; the other, as president of the United States. Yet Eszterhas, who is on his second marriage, sees himself as being better than Clinton. In American Rhapsody, Eszterhas owns up to his indiscretions. Clinton just wags his finger and says he didn't have sex with that woman.

If ever a man was the likely candidate to write a book about presidential sex, stains, and cigars, it's Joe Eszterhas. What are they gonna do? Kick him out of Hollywood and ship his ass back to Maui? Lord, that's his plan.

"I think there's always been a fuck-it-fuck-them attitude with me," Eszterhas says. "The loyalty I feel is to express myself the way I want and then fight for the words. I started doing that in college, when I had a college editor who took one of my stories and took four paragraphs out, and we ended up in a near-fistfight, and then he just took it and threw it away. I boycotted the school paper for years as a result of it. Most of my fights in Hollywood have been because I insist on trying to get what I've written up on screen and not have it changed. I've always felt that if I don't remain true to my own muse, if you will, then my muse will abandon me.

It's little wonder American Rhapsody is the most written-about book of the year. When Hollywood, D.C., insiders take shots at stars, politicos, and presidents, it's big news among the illiterati on both coasts, and American Rhapsody reads like a slightly dirty version of Entertainment Weekly as published by Congressional Quarterly. It's filled with random notes on figures already gone from the collective brainpan: Vernon Jordan, Linda Tripp, James Carville, Lucianne Goldberg, Matt Drudge, Dick Morris, Bob Packwood, Arianna Huffington, Kathleen Willey, Vince Foster. No doubt, the book will disappear just as quickly as it emerged, leaving behind it a trail of slime as it crawls into the half-off-half-off bins.

Bid adieu to the man who, in 1974, was nominated for the National Book Award, for the stunning Charlie Simpson's Apocalypse, about a kid who kills a cop. American Rhapsody contains vague hints of vanished greatness: The man who once held his own with Tom Wolfe, Hunter Thompson, Tim Cahill, Richard Ben Cramer, and all the other Rolling Stone hotshots has reduced himself to a self-parody.

If nothing else, his book finally, blessedly taps the final nail in the coffin of 1960s nostalgia: If this is what that generation wrought, Bill Clinton's finger-wagging bullshit and Joe Eszterhas' overheated remembrances of pussies past, good riddance. This is ultimately a book for those who care not about how the 1990s betrayed the 1960s, but about how fat, complacent old men thought they were gonna be rock stars, until they grew up and realized they were just roadies.

"Somebody said this book was generational slander, that it was unfair to an entire generation, and my take on it is the very flip," Eszterhas says, actually referring to a review by Janet Maslin in the July 20 New York Times. "We don't want to remember and really realize what we did and what we came out of. We'd rather stick our heads in the sand, and when it comes time to tell our kids and our junior execs what it was like, we fudge it. I think it's really important to tell the truth about it if we're going to learn anything from it. Those are some of the things the book deals with. I think the most I've learned, and it took me nearly 50 years to learn it, is that the whole notion of growing up to be a rock star and viewing yourself as a rock star and wanting to be a rock star is terribly injurious to mates, to partners.

"Most men who came out of my generation viewed themselves as rock stars or tried to be that. Successful men went on to do other things, but in their heads, they viewed themselves as that. I got to a point in my life where I realized that kind of behavior was damaging, not just to the women I was with, but also to myself in terms of a kind of insensitive, inhuman behavior. As I say, it took me nearly 50 years to learn it."

Read the book, and it might take you, oh, 50 minutes to forget it.