The Times They Are A-Changin'

Protest music ain't what it used to be. Thanks, Bright Eyes. 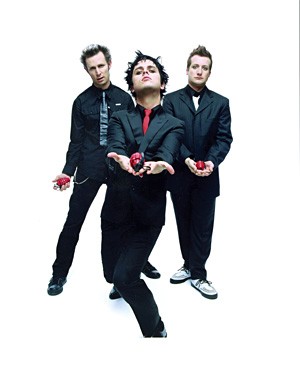 "You're feeling your freedom, and the world's off your back/Some cowboy from Texas starts his own war in Iraq." So runs a line from "Some Humans Ain't Human," a song from John Prine's latest album, Fair & Square.

For Dave Collins, a former Marine who fought in Vietnam, that couplet was galvanizing. "You can talk to a lot of politically active Vietnam veterans who became active after the war," he says. "And that one lyric describes the way a lot of us are feeling."

Collins says that it was only as the 1990s came to an end that many vets finally laid their troubles to rest. And then along came Dubya. The year 2003 was tough — not just for the troops in Iraq, but also for Vietnam veterans, he says. "It was just exactly the way Prine described it. We finally thought things were going good, and here came this shit."

That same year, Collins reenlisted in Vietnam Veterans Against the War, an organization he had joined in 1971 and mustered out of in 1973. Prine's song had brought great comfort and solidarity to him and his fellow vets. Such is the power of music. Apparently, that lesson has not been lost on the powers-that-be. In contrast to the politically charged music of the Vietnam era, the Iraq war's soundtrack has gone mostly unheard.

But protest music is out there. Over the past four or five years, there has been a deluge of anti-war CDs, many from unknown artists. Most have been terrible. Many of them hector and badger and let the message run roughshod over the music. Face it: It's hard to make "weapons of mass destruction," "extraordinary rendition," and "neo-con ­hegemony" really sing.

Some famous examples of modern-day protest songs are almost as bad. Take Bright Eyes' "When the President Talks to God" and TV on the Radio's "Dry Drunk Emperor" — both critical and online hits. Bright Eyes' track sounds like a pill-headed 16-year-old pretending to be Bob Dylan, while "Dry Drunk Emperor" is little more than a babble of mock-profundities scattered about on the feeble winds of a tuneless "soundscape."

Then there's John Mayer's "Waiting on the World to Change," which was a mainstream hit and actually is pleasant enough as a piece of background music. But given its sentiment of passive non­resistance, it's no surprise that Mayer's song is one of the precious few expressions of even mild discontent to slip past the ever-vigilant goalies guarding radio playlists. Green Day's American Idiot more or less is the exception to the rule. So far, it stands as the only topical album of its era that is both a commercial smash and­ good music.

But the guys in Green Day are pushing 40. And the bulk of today's best protest singers are the same ones who sang similar tunes long ago — artists like John Mellencamp, Bruce Springsteen, and Neil Young. Country music offers mainstays like Willie Nelson and Steve Earle, who continue to release solid albums to much critical fanfare and virtually zero airplay.

Besides, radio in general is less likely to play something by relatively unknown artists — some of whom have created the very finest protest music of our times: James McMurtry ("We Can't Make It Here"), the Decemberists ("16 Military Wives"), and Todd Snider ("Ballad of the Kingsmen").

Collins says the situation was not so different when he was young. "There was pretty tight control of what was on the AM radio then," he recalls. "But in '66, '67, and '68, so-called underground radio came around to blossom on FM. And that was all anybody I knew listened to."

Today, the underground is confined to the internet and a few public radio stations in major markets. And that's the problem. These days, it seems like no 2,000 kids are fans of the same band. Culturally speaking, we are now an atomized country, sliced and diced into millions of tiny cliques, each of us gorging off our own list of bookmarked MP3 blogs and overstuffed iPods. We're taking in dozens of new songs a week, but we're absorbing and comprehending almost nothing.